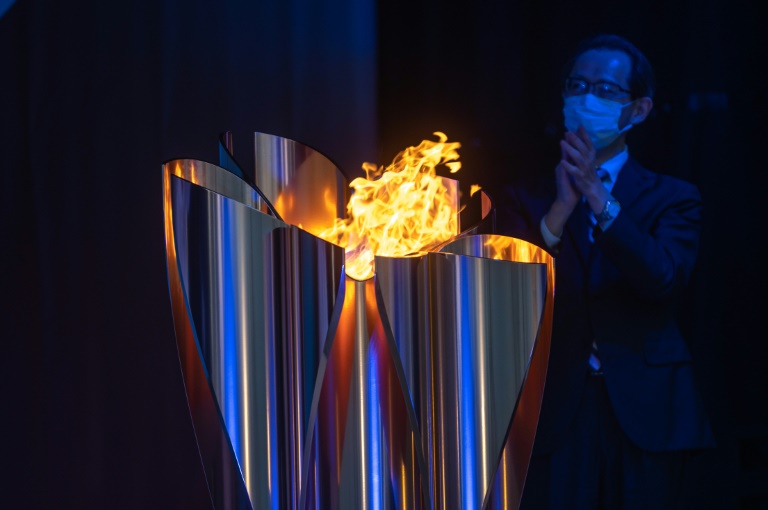 TOKYO - Tokyo Olympics organisers reported the first infection from the nationwide torch relay as the pandemic continues to play havoc with the massive event.

Organisers said an unnamed man in his 30s who had taken part in the relay in the western island of Shikoku had tested positive for the virus, without specifying his exact role.

They pledged to work with medical authorities to "take the precautions needed to put on a safe and secure torch relay".

It was the first reported case related to the relay, which has been forced off public roads in some areas over fears it will spread the virus.

The historic city of Kyoto is the latest to express doubts, with local media reporting that the city's government will ask to hold the event away from public roads.

The Asahi daily reported that Kyoto may suggest holding the relay inside the city's Nijo Castle -- a UNESCO world heritage site.

The torch was carried around a closed course at a park in nearby Osaka last week, with the general public kept away.

Okinawa in southern Japan and Matsuyama city in the west of the country have also scrapped the public torch relay over rising COVID-19 cases.

Organisers insist the relay, which involves around 10,000 runners passing through all 47 prefectures, can be held safely under strict antivirus guidelines.

They have warned that parts of the relay could be suspended if too many spectators gather in one place.

The relay got underway on March 25, with spectators barred from the departure ceremony and first leg.