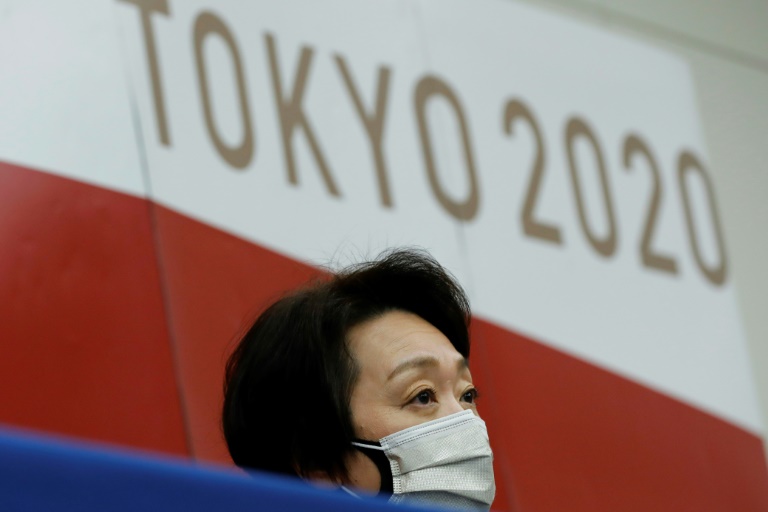 TOKYO - Around 18,000 Tokyo Olympics workers including referees and volunteers will be vaccinated from next week, organisers said Friday, as they try to build confidence that the Games will be safe.

With just six weeks until the pandemic-postponed Games open, officials are still battling domestic opposition and fear that the event could spread the coronavirus.

Japan's vaccination programme got off to a slow start and, while it is now picking up pace, just over four percent of the population is fully vaccinated, with close to 13-percent having had a first dose.

Tokyo 2020 chief Seiko Hashimoto said she hoped the vaccinations would allow staff to "participate in event operations with peace of mind".

READ: Foreign reporters to be tracked by GPS at Tokyo Olympics

The jabs will target those "interacting closely with the athletes on a frequent basis", she said.

They include referees, Olympic village staff, employees and contractors, airport employees, doping testing officials and assistants from the national Olympic and Paralympic committees.

Some of the 70,000 volunteers will also be included, if they are expected to have regular close contact with athletes.

Hashimoto said the vaccinations would begin on June 18, with second doses administered before the Games open on July 23.

Public opinion polls have tended to show most in Japan oppose holding the Games this year, favouring cancellation or a further postponement.

Organisers are trying to drill home their message that tough restrictions will keep participants and the Japanese public safe.

They have slashed the number of overseas participants and will require daily testing of athletes, including those already vaccinated.

Overseas fans have been banned and a decision on how many local spectators will be allowed, if any, is expected later this month.

Parts of Japan including Tokyo are currently under a virus state of emergency due to end on June 20, with infection numbers dropping.