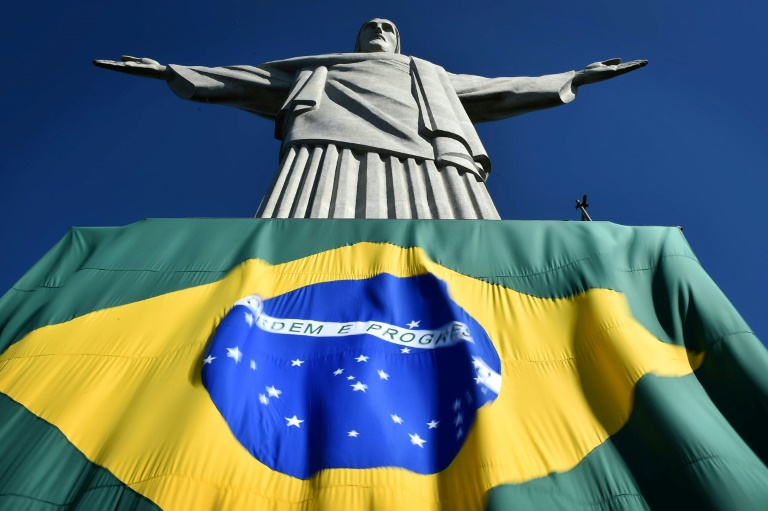 Heavy rains have battered a broad swathe of Brazil's Rio de Janeiro state, with yet more rain forecast for the region

Two days of heavy rain have battered a broad swathe of the southeastern state's Atlantic coast, the latest in a series of deadly storms in Brazil that experts say are being aggravated by climate change.

More rain is forecast for the region in the coming days.

The victims included a mother and six of her children, who were buried when a landslide swept away their home, officials said.

This time, the areas hit hardest included the tourist town of Paraty, a seaside colonial city known for its picturesque cobblestone streets and colorful houses.

Officials there said a landslide in the Ponta Negra neighborhood had killed a mother and six of her children, ages two, five, eight, 10, 15 and 17.

A seventh child was rescued alive and taken to the hospital, where he was in stable condition, they said.

Another four people were injured.

Six more victims, including at least two children, were killed in the city of Angra dos Reis, where officials declared a "maximum alert" and state of emergency after landslides devastated the Monsuaba neighborhood.

Several people were rescued alive, while another five remain missing, they said.

Mayor Fernando Jordao said emergency workers were installing floodlights to continue the search-and-rescue operation through the night if necessary.

"Residents have been working side-by-side with us on the search," he told a press conference. 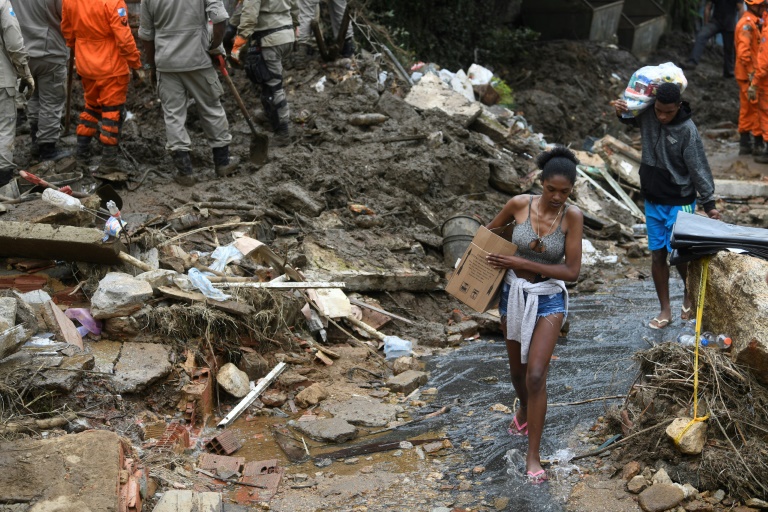 Experts say the deadly storms in Brazil, such as the one in Petropolis (people carry belongings on February 19, 2022, after a giant landslide in Petropolis), are being aggravated by climate change

The storms turned streets into rivers Friday night in several cities including Rio, the state capital, sweeping up cars and triggering landslides -- a frequent tragedy in the rainy season, especially in poor hillside communities.

TV channel Globo News carried images of a family evacuating two young children through the floodwaters in a styrofoam cooler in the Rio suburb of Belford Roxo, while residents posted videos on social media of small alligators swimming through flooded streets.

A hospital in the suburb of Nova Iguacu was badly flooded, turning the corridors of its intensive care unit into streams.

Officials in Angra said the city had received up to 800 millimeters (31 inches) of rain in 48 hours in some areas, "levels never before registered in the municipality."

Experts say rainy season downpours in Brazil are being augmented by La Nina -- the cyclical cooling of the Pacific Ocean -- and by climate change.

Because a hotter atmosphere holds more water, global warming increases the risk and intensity of flooding from extreme rainfall.

In December, storms killed 24 people in the northeastern state of Bahia, and in January, floods and landslides claimed at least 28 lives in southeastern Brazil, mostly in Sao Paulo state.