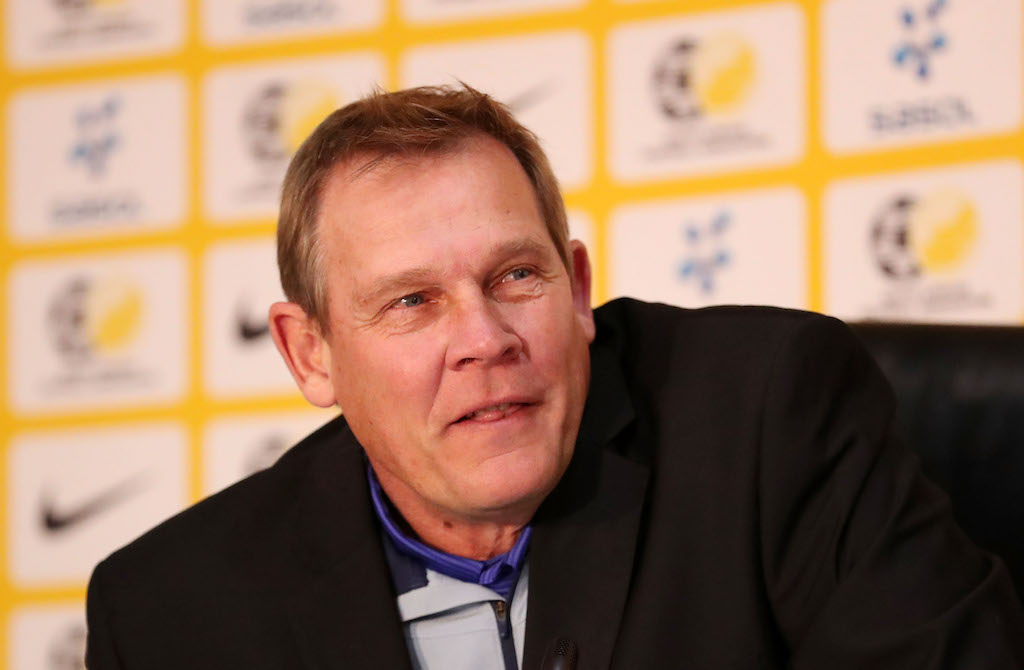 Neil Tovey during the SAFA Press Conference at the SAFA House, Johannesburg.

JOHANNESBURG - Africa Cup of Nations-winning captain Neil Tovey will not have his contract as technical director of South Africa renewed next month amid conflicting reports about the decision.

"The main reason why the contract of Neil will not be renewed is health related. He had two huge scares (heart attacks) during his tenure and that was taken into account."

The former Kaizer Chiefs and South Africa centre-back suffered several heart attacks in early 2015 and another late the following year.

However, the Business Day newspaper reported that a lack of financial support from the cash-strapped Safa restricted Tovey in his work.

"Health is not the major issue - money is. Neil felt hamstrung because he lacked sufficient funds to carry out his mandate," a top Safa official told AFP on condition of anonymity.

Now 57, Tovey did not immediately comment on the decision by the national association to dump him.

As technical director, Tovey was tasked with training coaches in the republic, whose national team has been a continuous source of disappointment for a decade.

Bafana Bafana are ranked only 13th in Africa - behind many countries with far smaller populations and limited facilities.

When the national team returned from apartheid-induced international isolation in 1992, they quickly made an impact.

Led by Tovey, Bafana Bafana hosted and won the 1996 Cup of Nations, defeating Tunisia 2-0 in the final with Mark Williams scoring a second-half brace.

Among those who watched the triumph was then President Nelson Mandela, the political prisoner-turned-international icon who met the squad frequently during the tournament.

South Africa then qualified for the 1998 World Cup in France thanks to a 1-0 win over Congo Brazzaville at the same 80,000-seat Soweto stadium where they overcame the Tunisians.

After a heavy loss to France in Marseille, Bafana Bafana drew with Denmark and Saudi Arabia to return home winless.

The national team remained among the strongest in the continent for several years, reaching the 2002 World Cup and finished second and third in the 1998 and 2000 Cup of Nations.

But 2004 marked a turning point as South Africa were eliminated after the first round of the Cup of Nations in Tunisia and have not been serious title contenders since.

They automatically qualified for the 2010 World Cup only to become the first host nation not to get beyond the first round having drawn with Mexico, lost to Uruguay and beaten France.

In the 2018 World Cup qualifiers South Africa came a humiliating last in a four-nation group with a home loss to Cape Verde, an island state of 500,000 people, particularly embarrassing.

"I do not understand why the national team is not that good because the national league is among the best in Africa," retired Cameroon superstar Samuel Eto'o told AFP last year.