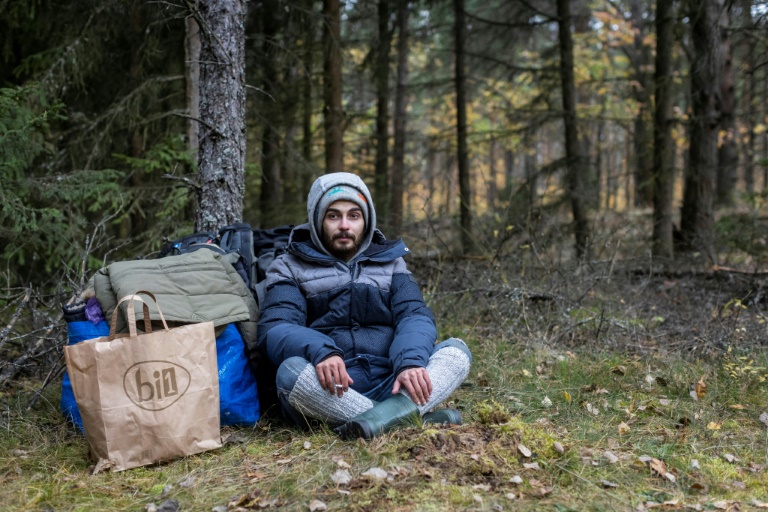 Lebanese barber Ali Abd Alwareth is stuck in a border forest after Belarus told him: "You have only two choices: either you die here or you die in Poland"

POLAND - Exhausted and trapped in a cold, "cruel" forest, Lebanese barber Ali Abd Alwareth said he regretted his week-long bid to enter the European Union via the Belarus-Poland border.

"It's miserable. Something that you don't wish for your worst enemy... A nightmare," the soft-spoken 24-year-old with Crohn's disease told AFP.

Sitting cross-legged on a bed of pine needles and dead leaves near the border town of Kleszczele in eastern Poland, Abd Alwareth described being a ping-pong ball for the guards.

"I tried crossing like five, six times, and every time I got caught and deported back to the border" by Poland, he said in English.

The Belarusian side meanwhile refused to let him return to Minsk to fly home.

Abd Alwareth said security forces told him: "You have only two choices: either you die here or you die in Poland. That's it."

One of thousands of migrants -- mostly from the Middle East -- who have tried to penetrate the 400-kilometre (250-mile) border since August, Abd Alwareth said he left the financial crisis in Lebanon in search of a better life.

The whole journey from his home region of Bekaa cost $4,000 and involved help from a Minsk-based company he found on social media.

The EU suspects Belarus is masterminding the unprecedented influx of migrants into Poland as a form of retaliation against EU sanctions, but the regime has put the blame on the West. 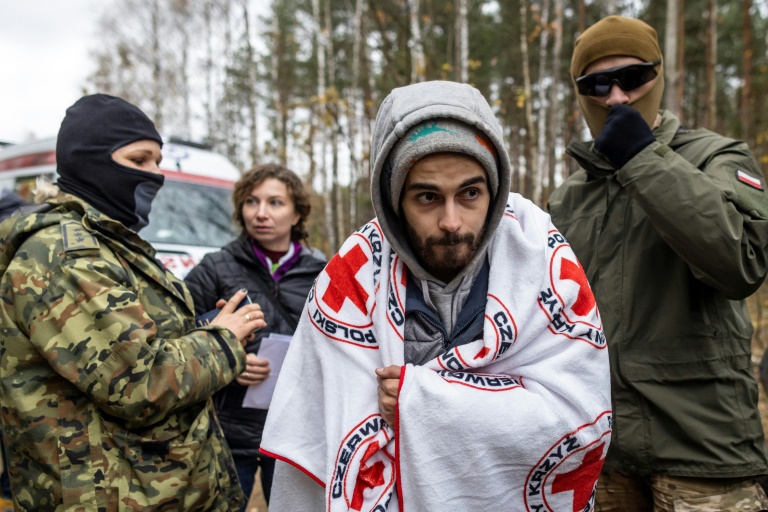 Though "exhausted" and "devastated," Abd Alwareth said he understood that the border guards "are doing their job"

Poland has sent thousands of troops, built a razor-wire fence and implemented a three-month state of emergency that bans journalists and charity workers along the immediate border area.

During his gruelling time in the woods, Abd Alwareth said he drank water off of leaves, was too cold to sleep, and was once hit on the head by either the Polish army or police.

Though "exhausted" and "devastated," he said he understood that the border guards "are doing their job. They are protecting their country. We are illegal."

On Friday, Abd Alwareth and his Syrian walking companions managed to get in touch with Polish activists, who met them in the forest with warm clothes and food as well as offering support when the guards arrived.

His fate up in the air, Abd Alwareth hopes to receive asylum in Poland -- or at the very least, to return to Lebanon.

"What is happening in the forest is cruel... I feel like a puppet. It was my decision, I came this way -- but not to be treated like this," he added.

"I refuse to die at the border. I just want to see my mum."