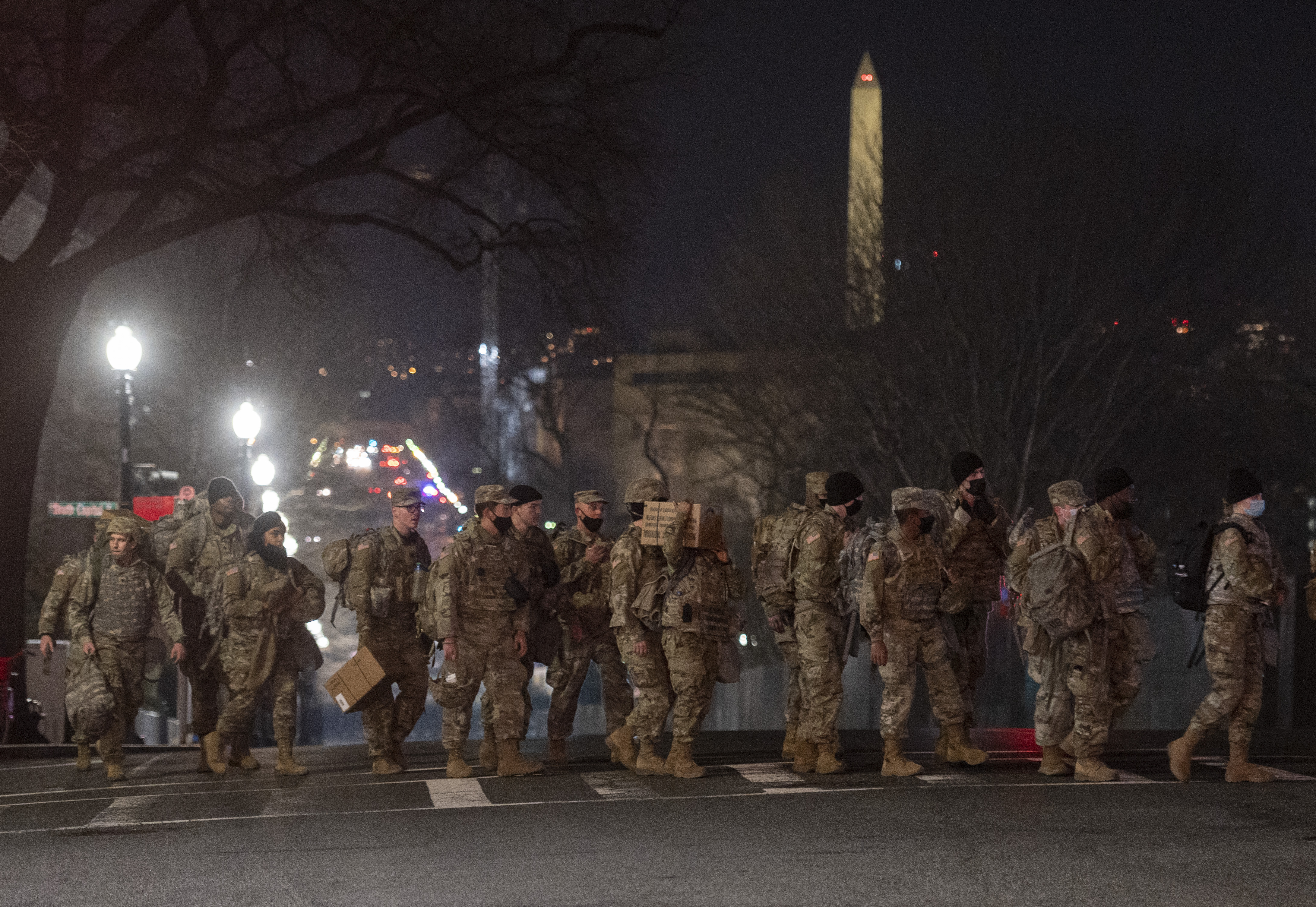 Members of the US National Guard deploy around the US Capitol on January 12, 2021 in Washington, DC. The Pentagon is deploying as many as 15,000 National Guard troops to protect Biden's inauguration on January 20, amid fears of new violence. Andrew Caballero-Reynolds/AFP

WASHINGTON - National Guard troops deployed on the streets of Washington began to carry weapons late on Tuesday in a major change of posture ahead of Joe Biden's inauguration as US president, according to an AFP photographer.

The Guard soldiers were originally mobilised to provide mostly logistical support to Washington police, and on Monday General Daniel Hokanson, Pentagon National Guard Bureau chief said they had not been authorised yet to carry weapons.

Authorising Guard members to deploy in a law enforcement role, armed and empowered to make arrests, would be a "last resort" if the security situation got out of hand, Hokanson said.

It was not clear what changed late Tuesday, and the city's National Guard had no comment.

Security experts have said chatter among extremists and supporters of President Donald Trump on social media about holding armed marches and threatening violence in the US capital and other cities had surged in recent days.

The Pentagon is mobilising up to 15,000 National Guard for the January 20 inauguration, as Trump and supporters still refuse to accept Biden's election victory two months ago.

Five people died on January 6 when Trump supporters attacked and shut down the US Congress in an attempt to halt the certification of Biden's election win.

At the time Guard troops were nearby, but were unarmed and called in too late to back up the Capitol Police to protect the legislature.

The New York Times reported that weapons had been authorised on Tuesday for the troops guarding the Capitol complex.