eNCA Weather looks at the approach of Tropical Cyclone Idai.

Idai is slowly moving in a westerly direction, toward Mozambique with wind speeds exceeding 170km/h close to the eye.

It is expected to make landfall near Beira - Mozambique's fourth largest city with 530,000 residents - before midnight on Thursday as an intense tropical cyclone.

Winds have recently increased in intensity and will remain strong throughout the day along the central coast of Mozambique. 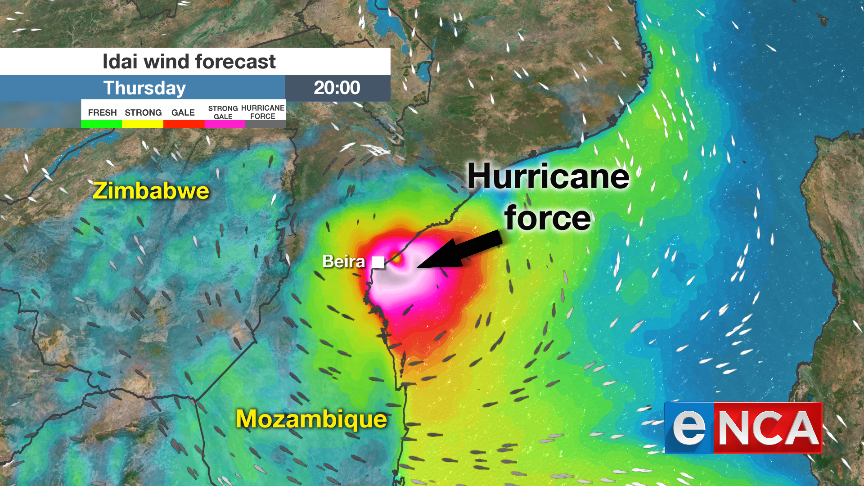 As soon as Idai makes landfall, winds will subside substantially overnight into Friday.

Life-threatening coastal and inland flooding is at risk from Inhassoro to Quelimane where 200 - 300mm of rain is expected close to the city of Beira. 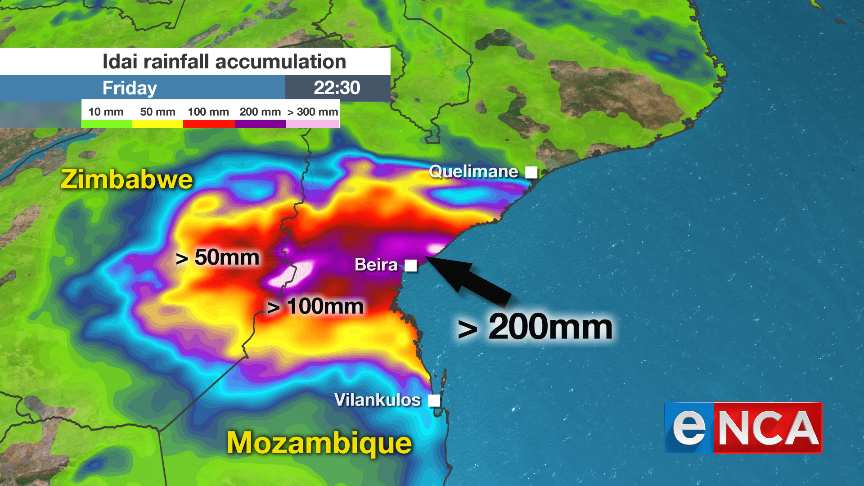 Another major threat from Idai is storm surge, which is an onshore surge of seawater caused by the storm.

Storm surges are the leading cause of deaths associated with tropical cyclones worldwide.

They can happen quickly, without allowing much time for preparation.

Residents, particularly those living in low-lying areas near the coastline, should prepare in advance and obey all evacuation orders.