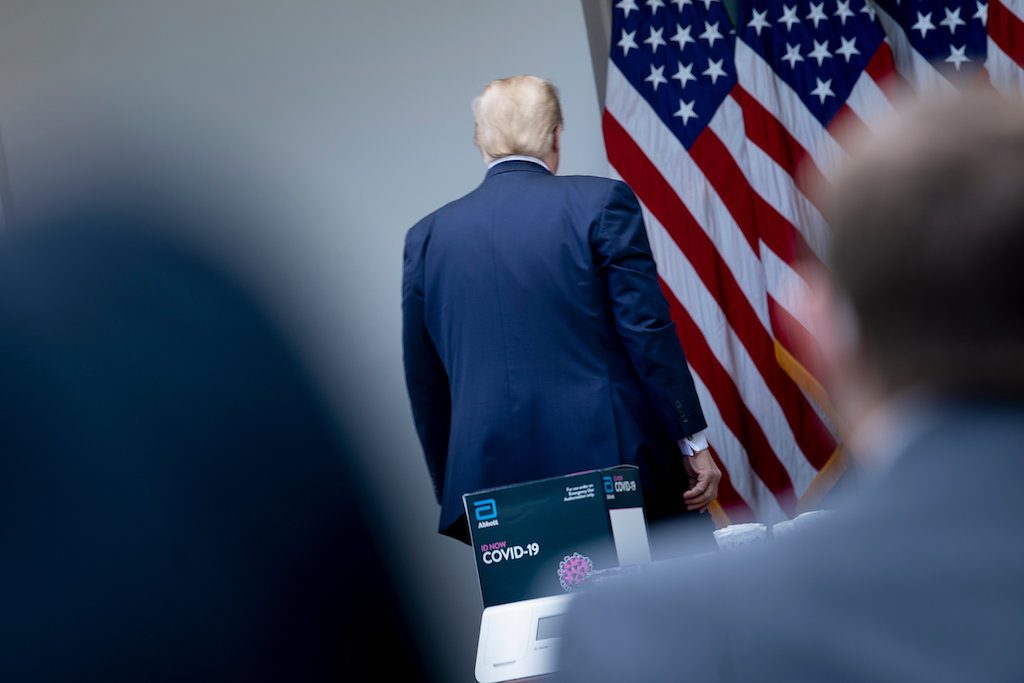 US President Donald Trump leaves a news conference on the novel coronavirus, COVID-19, in the Rose Garden of the White House in Washington, DC on May 11, 2020.

WASHINGTON - US President Donald Trump abruptly ended his coronavirus press briefing on Monday after getting into a testy exchange with an Asian-American reporter.

CBS News reporter Weijia Jiang asked Trump why he continued to insist that the US was doing better than other countries when it came to testing for the virus.

"Why does that matter?" she asked. "Why is this a global competition when, every day, Americans are still losing their lives?"

"They're losing their lives everywhere in the world," Trump replied. "And maybe that's a question you should ask China. Don't ask me, ask China that question, OK?"

Jiang, who identifies herself in her Twitter bio as a "Chinese born West Virginian," pushed back.

"Sir, why are you saying that to me specifically?" she said, implying it was due to her race.

"I'm saying it to anybody who would ask a nasty question like that," Trump said.

He then attempted to move on to another reporter as Jiang continued to press him about his response.

Trump called on another female reporter but then immediately called on someone else.

When the woman tried to ask her question, Trump abruptly ended the press conference and walked back into the White House.

The internet was quick to rally round Jiang, with the hashtag #StandWithWeijiaJiang soon trending on Twitter.

Reporter and CNN political analyst April Ryan, who has also been on the receiving end of Trump's words, tweeted: "Welcome to the club! This is sickening! It is his habit!"

Trump, who has never been shy about his dislike for the news media, has often locked horns with journalists during his coronavirus press briefings.

More than 80,000 people have died in the US from the coronavirus pandemic, out of more than 1.3 million cases, according to the latest figures on Monday from Johns Hopkins University, by far the highest death toll of any country.