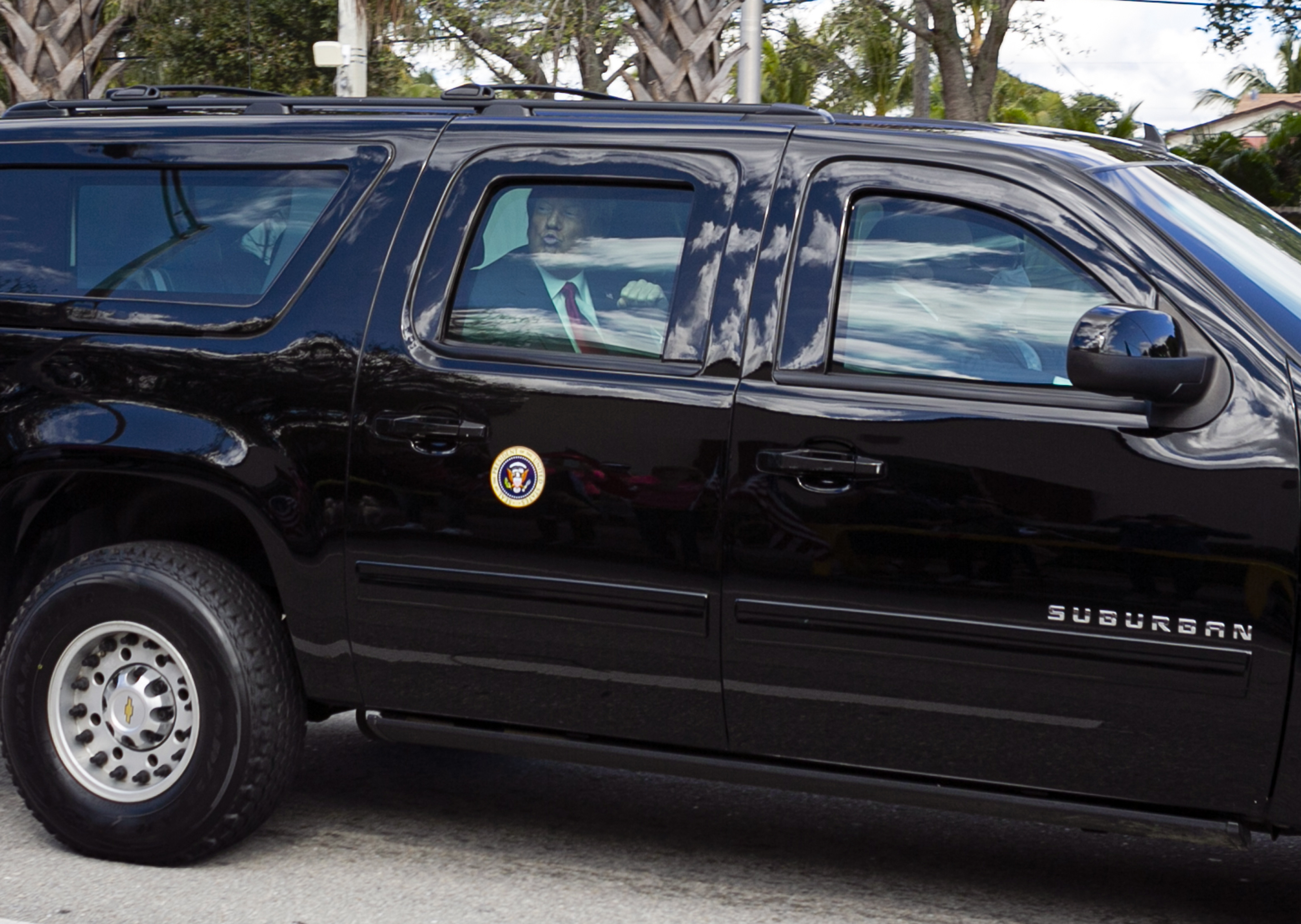 US President Donald Trump blows a kiss as he arrives at Mar-a-Lago in Palm Beach, Florida, on January 20, 2021.

As Joe Biden's inauguration ceremony was underway in Washington, an event Trump snubbed, he flew to Palm Beach aboard Air Force One and then traveled in a motorcade to his home.

Hundreds of fans lined the road waving Trump campaign flags, US flags and one that had an insulting word for Biden.

The motorcade slowed down to a crawl, apparently so that Trump could engage with them.

One woman holding a homemade "Trump landslide" sign was in tears.

"We love you," a group chanted.

There was also a smattering of pro-Biden signs. One aimed at Trump said, "You're fired, you loser."

At a farewell ceremony earlier at Joint Base Andrews outside Washington, Trump said it had been an "incredible four years" and promising to be "back in some form."

"We've accomplished so much together," he said. "I will always fight for you.

The 74-year-old Trump has hinted at running for president again in 2024, but faces a trial in the Senate over his role in the January 6 storming of the US Capitol by his supporters and a potential ban on holding office in the future.