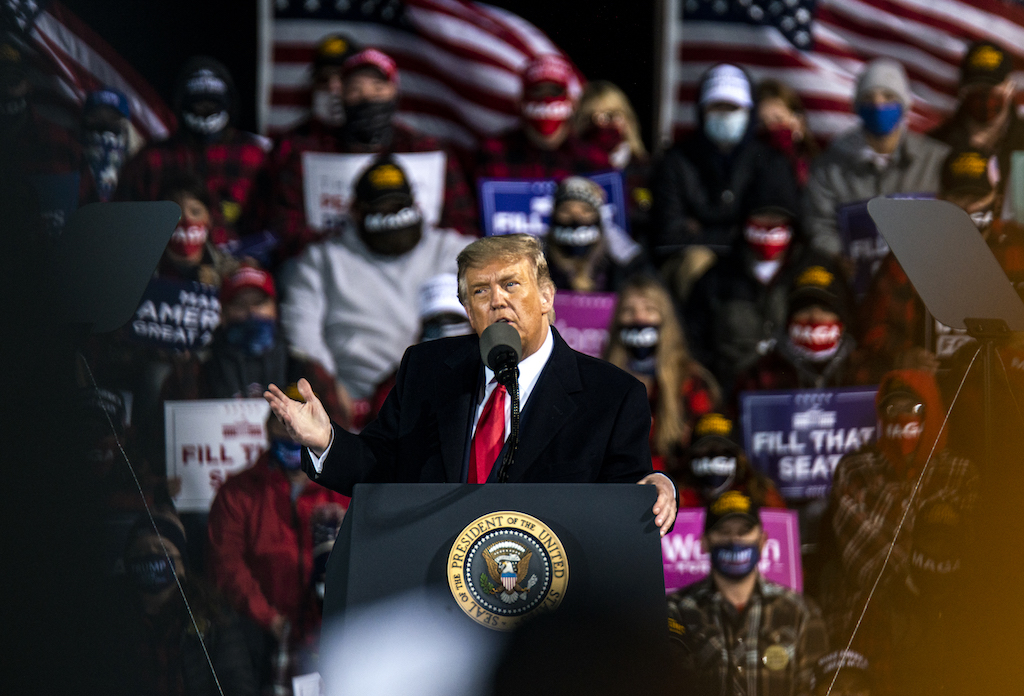 President Donald Trump speaks during a campaign rally at the Duluth International Airport.

WASHINGTON - US President Donald Trump scrambled to quell an uproar over his failure to explicitly denounce white supremacist groups during his debate debacle with Joe Biden, who branded his election rival a "national embarrassment."

The bitter adversaries returned to the campaign trail one day after their off-the-rails showdown in Cleveland made headlines less for the substance than for its unrestrained chaos.

The toxic shout fest -- with Trump constantly interrupting and Biden launching personal attacks -- even prompted the overseeing Commission on Presidential Debates to announce it would be imposing new measures to help moderators "maintain order" at the upcoming two debates.

"The president of the United States conducted himself the way he did -- I think it was a national embarrassment," Biden said in Alliance, Ohio.

Trump, in an apparent attempt to tamp down outrage over his comments, called on white supremacist groups or the far-right Proud Boys to "stand down."

"I don't know who Proud Boys are but whoever they are they have to stand down," Trump told reporters. "Stand down, let law enforcement do their work."

READ: Trump, Biden head into first debate with presidency on the line

Trump's backpedalling came after multiple Republicans distanced themselves from the president's debate remark, with Senator Tim Scott, the only black Republican in the US Senate, saying Trump "needs to correct" his comments.

Snap polls on the debate performances of the presidential candidates leaned towards Biden, who withstood a barrage of barbs from the 74-year-old Trump while delivering some of his own.

An estimated 73.1 million people in the US watched the two candidates go toe-to-toe on TV, according to data firm Nielsen.