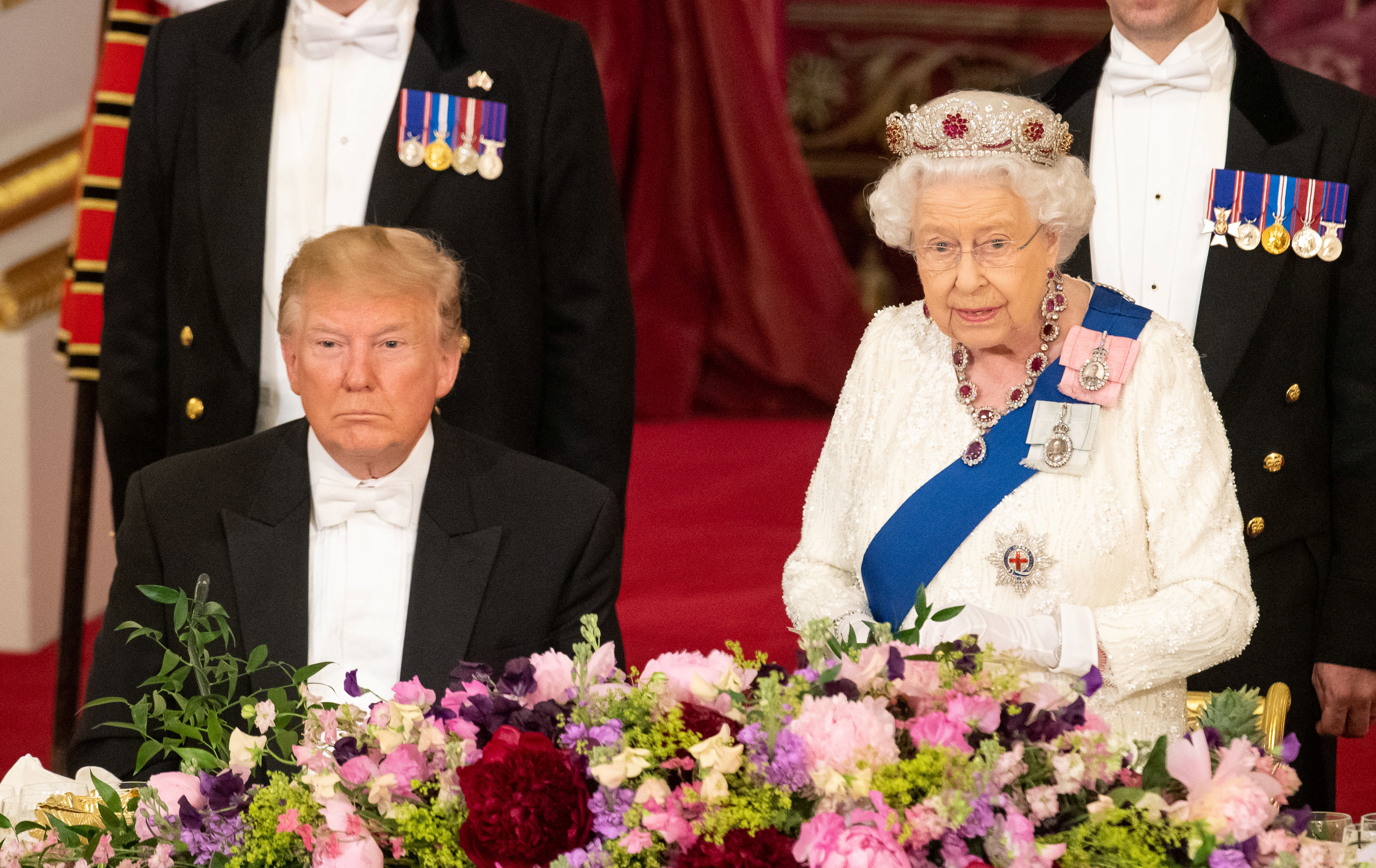 Britain's Queen Elizabeth makes a speech as US President Donald Trump listens at the State Banquet at Buckingham Palace in London, Britain, June 3, 2019.

LONDON - US President Donald Trump courted candidates to replace Prime Minister Theresa May during his state visit to Britain Tuesday, calling Boris Johnson and setting up talks with one of his main rivals, British political sources said.

The US leader had a 20-minute phone call with former foreign minister Johnson, who he has previously said would make an "excellent" premier, a source close to the Briton told AFP.

It was "friendly and productive" but Johnson turned down the offer of a face-to-face meeting.

The source said the meeting would have clashed with the first debates for the Conservative party leadership hopefuls scheduled for Tuesday evening.

May announced her resignation last month after failing to get her plan for leaving the European Union through parliament, forcing her to twice delay Brexit, now set for October 31.

She formally steps down as leader of the Conservatives on Friday, but a dozen candidates have already announced they will run in a contest expected to last until mid-July.

A source close to Environment Secretary Michael Gove said a member of Trump's team had also asked him for a meeting on Tuesday.

"He said yes. Nothing has been fixed yet," the source said.

There was no immediate confirmation of either the meeting or the call with Johnson from the White House.

The news emerged as May and her husband Philip hosted Trump and his wife Melania at Downing Street for talks on the second day of the president's state visit to Britain.

Trump has repeatedly criticised May's strategy for leaving the European Union, and ahead of his visit urged her successor to consider giving up on trying to get a deal.

Thirteen candidates were in the running to replace her but junior Brexit minister James Cleverly on Tuesday withdrew due to a lack of support from colleagues.

Lawmakers are expected to begin whittling down the numbers in a series of ballots at the end of next week, choosing two candidates who will then be put to a ballot of around 100,000 party members.

As leader of the Conservative party, May's successor will automatically become prime minister without the need for an election.

Brexit is the defining issue in the race, and both Gove and Johnson were leading "Leave" campaigners during the 2016 referendum.

Johnson - who quit May's government over her strategy - says he is prepared to leave the EU without a deal.

But Gove is reported to be open to delaying Brexit again to avoid a potentially damaging "no deal" Brexit.