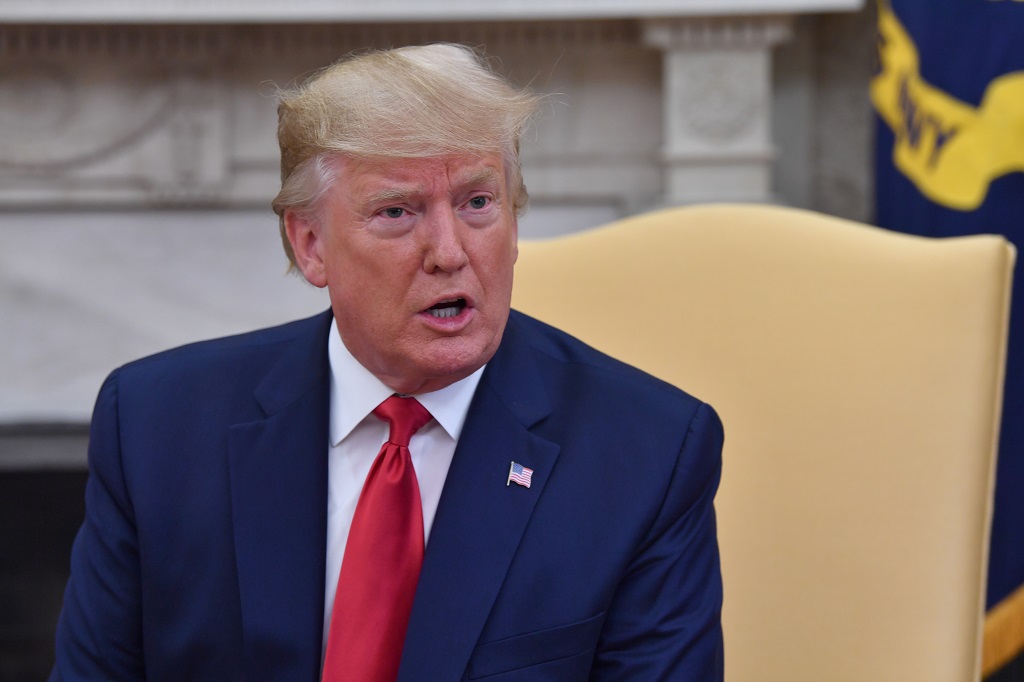 WASHINGTON, United States - President Donald Trump on Friday defended controversial mass raids that led to the arrest of 680 undocumented migrants in the southeastern United States, saying they were an effective way to thwart illegal entry into the country.

The raids, which took place at seven chicken processing plants scattered across six Mississippi cities, were the largest in a single state in US history.

"I want people to know if they're coming into the US illegally, they're getting out," Trump told reporters. "And this serves as a very good deterrent."

He added that when "people see what they saw (Wednesday), like they will see for a long time, they know that they’re not staying here."

Local media showed images of confused children crying after coming home from school and finding themselves with nowhere to go and nothing to eat after their parents had been detained.

Mississippi Attorney General Mike Hurst, who was in charge of the operation, has also defended the raids, assuring that officers had been concerned about the children's ability to reconnect with their parents.

"We are unaware of any child presently w/o (without) a parent as a result of this operation," he wrote Thursday on Twitter.

READ: Trump tells congresswomen to leave if not happy

Koch Foods, a $3.2 billion business, posted on Facebook that it would hold a job fair Monday, while another plant belonging to PH Food had closed its doors on Thursday after 70 to 80 of its 100 workers were arrested, according to local media.

Of those detained, 300 have been released with ankle monitoring devices and instructions to appear before an immigration court judge to determine whether they will be deported, according to officials.

Authorities added that 30 were released on a humanitarian basis so that their children would not be left without a guardian.

"What are we doing?" he asked during a meeting with Latinos and Asians on the campaign trail in Iowa.

"There are US-born children wondering whether or not they'll ever see their parents again."

Photos and videos showed the children crying, covering their faces, comforting each other and sitting on the floor eating slices of pizza off napkins.

Of the 680 detainees, 122 were from Mexico, a country with which the United States recently reached an agreement to help block Central American migrants from reaching US soil.

As a result, in July, there were 21 percent fewer arrests at the US border with Mexico as compared to the previous month.

The raids follow a weekend in which a gunman killed 22 people in El Paso, Texas after publishing a racist manifesto online which expressed fears of a "Hispanic invasion" of the state.

The shooting suspect admitted to police he had been targeting Mexicans, according to an arrest warrant affidavit.