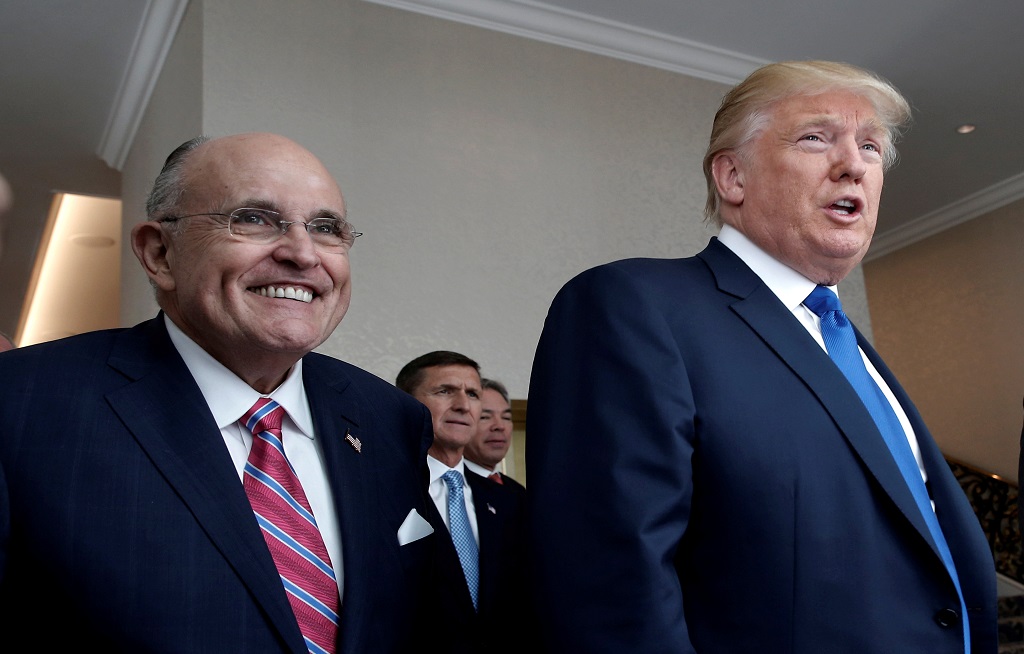 WASHINGTON - US President Donald Trump on Saturday defended his personal attorney, Rudy Giuliani, who is reportedly under federal investigation over his dealings with Ukraine on the president's behalf.

"So now they are after the legendary 'crime buster' and greatest Mayor in the history of NYC, Rudy Giuliani," Trump tweeted in reference to the former mayor of the Big Apple.

"He may seem a little rough around the edges sometimes, but he is also a great guy and wonderful lawyer. Such a one-sided Witch Hunt going on in the USA. Deep State. Shameful!" Trump wrote.

Giuliani has emerged as the point man in Trump's alleged drive to pressure Ukraine to dig up dirt on Democratic presidential hopeful Joe Biden and help Trump win re-election.

The New York Times reported this weekend that federal investigators in Manhattan are looking into whether Giuliani broke US lobbying laws in his dealings with officials in Ukraine. The paper quoted two people familiar with the probe.

Giuliani, a former federal prosecutor and ex-mayor of New York City, has acknowledged that he and two associates worked with Ukrainian prosecutors to collect information on Biden, his son Hunter and the US ambassador to Ukraine Marie Yovanovitch, who was recalled in May.

The Times said Giuliani shared that material with US government officials.

Under US lobbying law, Americans who contact the US government while acting at the direction or request of foreign politicians or a foreign government must report this to the Justice Department, regardless of whether they are paid by the foreign party.

The two Giuliani associates were arrested this week as they tried to flee the country and charged with campaign finance violations in connection with the Ukraine affair.