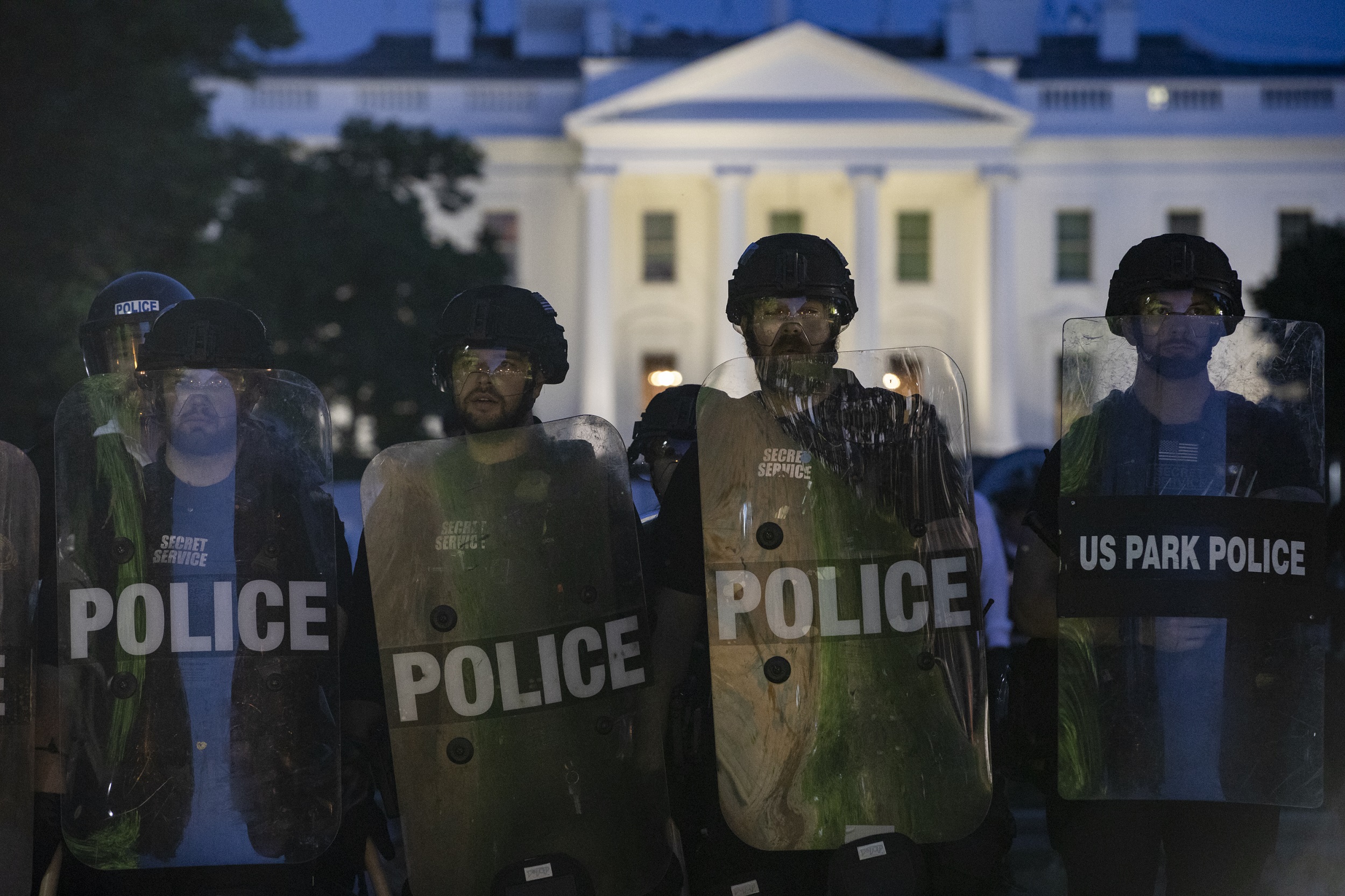 Police stand guard outside the White House as people gather to protest the death of George Floyd in Washington, DC.

During a CBS News interview, the Republican president was asked why black people were still dying at the hands of law enforcement.

The death of African-American George Floyd while in police custody in Minneapolis sparked protests across the United States and has led to an increased focus on US police violence against black people.

According to a Washington Post analysis updated on Monday, half of people killed by police are white, but black Americans are shot at a disproportionate rate.

They account for less than 13 percent of the US population but are killed by police at over twice the rate of white Americans, the newspaper analysis found.

Some Americans argue that the Black Lives Matter protests have unfairly maligned the police forces.

Trump, speaking to reporters at the White House, defended police departments, saying they "do an incredible job in this country."

"You can have a rogue, terrible cop, on occasion like you do in any industry, any business, in any profession," Trump added.

The American Civil Liberties Union's Jeffery Robinson said in a statement in response that Trump's comments were racist.

"Trump's racism is so absolute that he continues to refuse to give even a tacit acknowledgement to the epidemic of police violence against black people in America," he said.