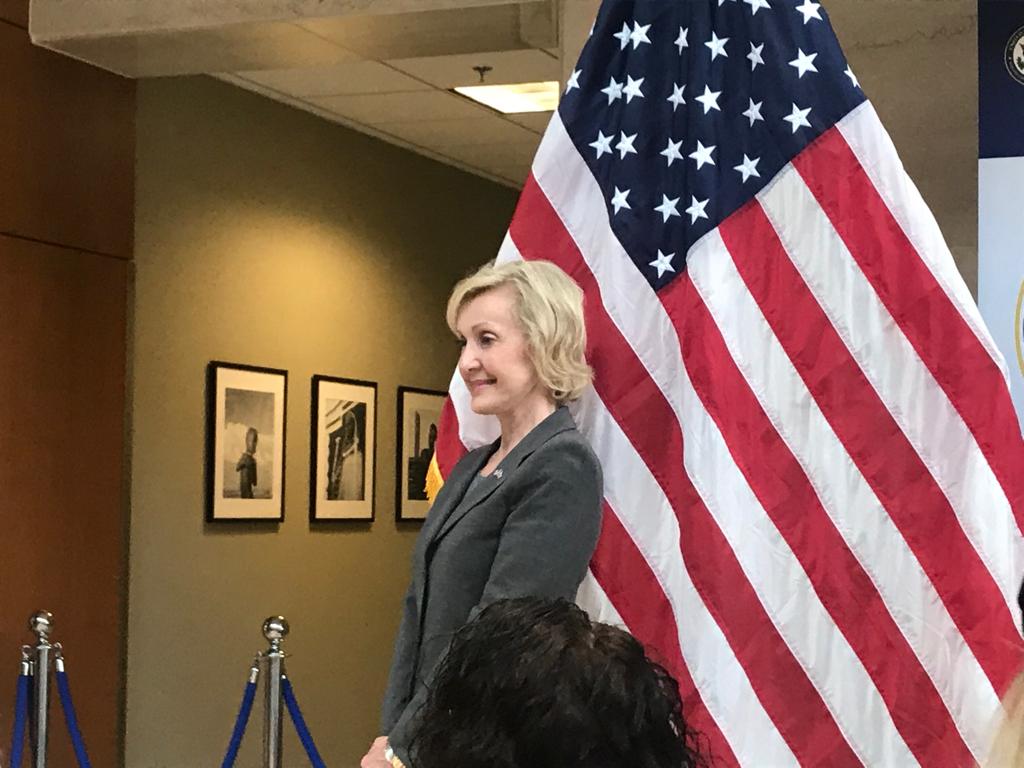 13 November 2019 - US Ambassador designate Lana Marks is in South Africa for a press briefing at the Consulate in Sandton.

WASHINGTON - Former president Donald Trump's ambassador to South Africa pushed the State Department to spend some $1-million to renovate a second residence for her that she never occupied, a report said.

Lana Marks, a designer of expensive handbags who was an early member of Trump's Mar-a-Lago club in Florida, wanted a second official residence in Cape Town, the oceanside city often seen as more desirable than the capital Pretoria, said the report, which cited unnamed diplomats.

The Diplomatic Diary of the Washington International Diplomatic Academy, which provides professional training, said that Marks pressed another Trump appointee to approve renovations, new furniture and other spending worth around $1 million.

"It was extremely poor use of taxpayer money, and a very poignant example of excess," an anonymous diplomat was quoted as saying.

To make way for the ambassador's wishes, the US consul general and her family were asked to vacate the residence early, it said.

Marks, who was barely in the job for a year, never occupied the Cape Town home.

She fell ill with COVID-19 late last year and, in an unusual move, has been allowed to remain in the Pretoria residence as she recovers even though her tenure ended with President Joe Biden's inauguration.

The State Department declined immediate comment on the report and it was not possible to reach Marks.

But in a 2011 report, the State Department's Inspector General found the ambassador's residence "underutilized and expensive to maintain" and it was converted into the consul general's home.

In a statement in November, the US embassy said that the residence, known as Kearsney House, would "return to active use as a chief of mission residence" and highlighted its role in history, including anti-apartheid hero Nelson Mandela's discussions there with US officials in 1993.