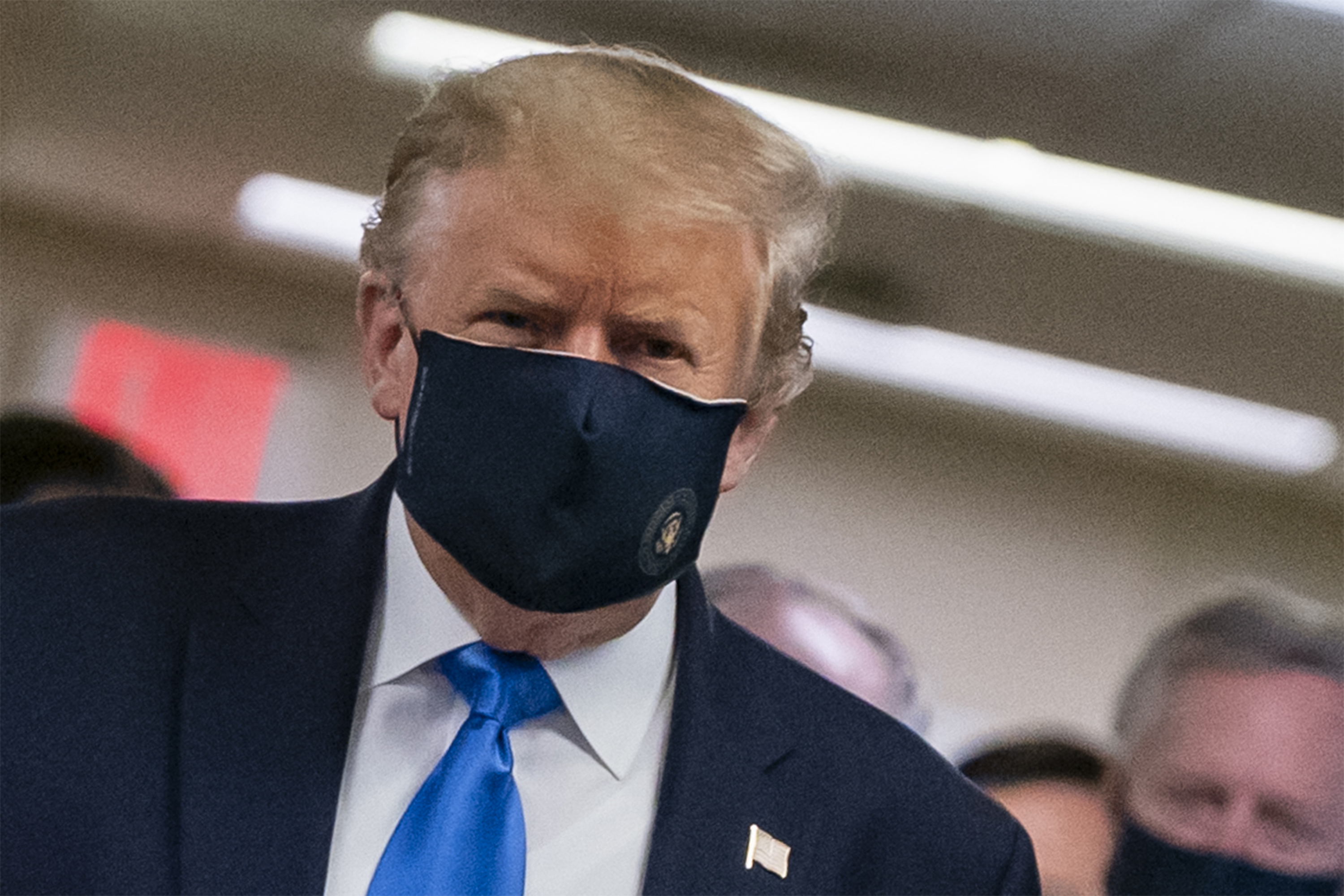 BETHESDA - President Donald Trump finally yielded to pressure and wore a face mask in public for the first time on Saturday as the US posted another daily record for coronavirus cases, while Disney World reopened in a state hit hard by the pandemic.

White House experts leading the national fight against the contagion have recommended wearing face coverings in public to prevent transmission of the illness.

But Trump had repeatedly avoided wearing a mask, even after staffers at the White House tested positive for the virus and as more aides have taken to wearing them.

Hours after the World Health Organization urged countries to step up control measures to rein in the disease, Trump donned a dark mask bearing the presidential seal as he visited wounded military veterans at the Walter Reed military hospital in a suburb outside Washington.

"I've never been against masks but I do believe they have a time and a place," he told reporters as he left the White House.

Trump is trailing Democrat Joe Biden in the polls ahead of a November election and surveys show most Americans are unhappy with how he has handled the public health crisis.

But the president has continued to praise his own response to the pandemic despite a cascade of figures showing the extent of the disease's spread across the United States.

The country posted yet another daily record of confirmed cases on Saturday night, with 66,528 new infections, while the death toll rose by almost 800 to nearly 135,000.

In Florida, where nearly one in six of those new infections were recorded, the Walt Disney World theme park partially reopened after four months of shutdown prompted by the virus.

Hundreds of people queued to enter the park in Orlando, some sporting Mickey ears but all wearing face masks, with social distancing and other hygiene precautions also in place.

Days earlier, top US infectious disease expert Anthony Fauci said that Florida had begun reopening before meeting the criteria that would have enabled it to do so safely.

The coronavirus pandemic has infected nearly 13 million people, killed over 560,000 and triggered massive economic damage since the disease was first detected in China late last year.

The United States is the country worst hit by the illness, followed by Brazil -- which surpassed 70,000 deaths on Friday.

"Across all walks of life, we are all being tested to the limit," he told a virtual news conference in Geneva on Friday.

"Only aggressive action combined with national unity and global solidarity can turn this pandemic around," he added.

Elsewhere, French officials warned of rising cases in metropolitan France as the death toll there topped 30,000.

Israeli Prime Minister Benjamin Netanyahu admitted a decision to allow bars and other businesses to reopen may have come "too soon" after his country reported a record 1,500 new infections on Friday.

Australian authorities said they would slash by half the number of people allowed to return from overseas each day after a fresh surge in cases that saw a lockdown imposed on Melbourne, the country's second-largest city.

In Hong Kong, a spike has marked a setback for the city after daily life had largely returned to normal, with restaurants and bars resuming regular business and cultural attractions reopening.

Schools in the city will be closed from Monday after the city recorded "exponential growth" in locally transmitted infections.