Trump hails COVID 'blessing' as he returns to Oval Office 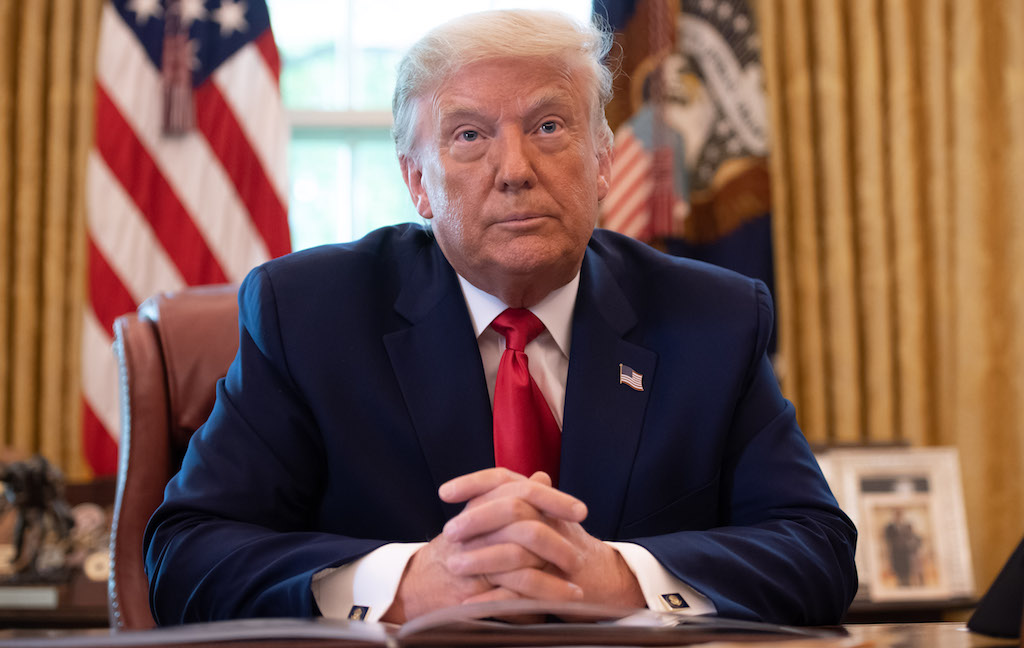 WASHINGTON - US President Donald Trump declared his COVID-19 illness a "blessing from God" as he got back to work in the Oval Office despite warnings that his return could put others at risk.

Trump has worked hard since he checked out of the hospital on Monday -- including a made-for-television return to the White House -- to cast his illness as a personal triumph.

"I think this is a blessing from God that I caught it," Trump said in a video, referring to the virus which has killed over 210,000 people in the United States.

But Democrat Joe Biden, who leads Trump in the latest polls ahead of the November 3 vote, attacked the president's downplaying of the risk.

"I think it's a tragedy that the president deals with COVID like it is something not to worry about when over 210,000 people (in the US) have died," Biden told reporters.

The behaviour of the president -- who has faced fierce criticism for his handling of the outbreak -- is under scrutiny as the number of positive cases climbs among people working at the White House and elsewhere in Washington.

On Wednesday the Pentagon confirmed that one of the Marine Corps' top officers, General Gary Thomas, tested positive for the virus.

In his emblematic red tie, Trump attributed his recovery since being diagnosed on Thursday and hospitalised Friday to an antibody cocktail, an experimental treatment that has not even received an emergency use authorisation.

"I want everybody to be given the same treatment as your president, because I feel great," he said.