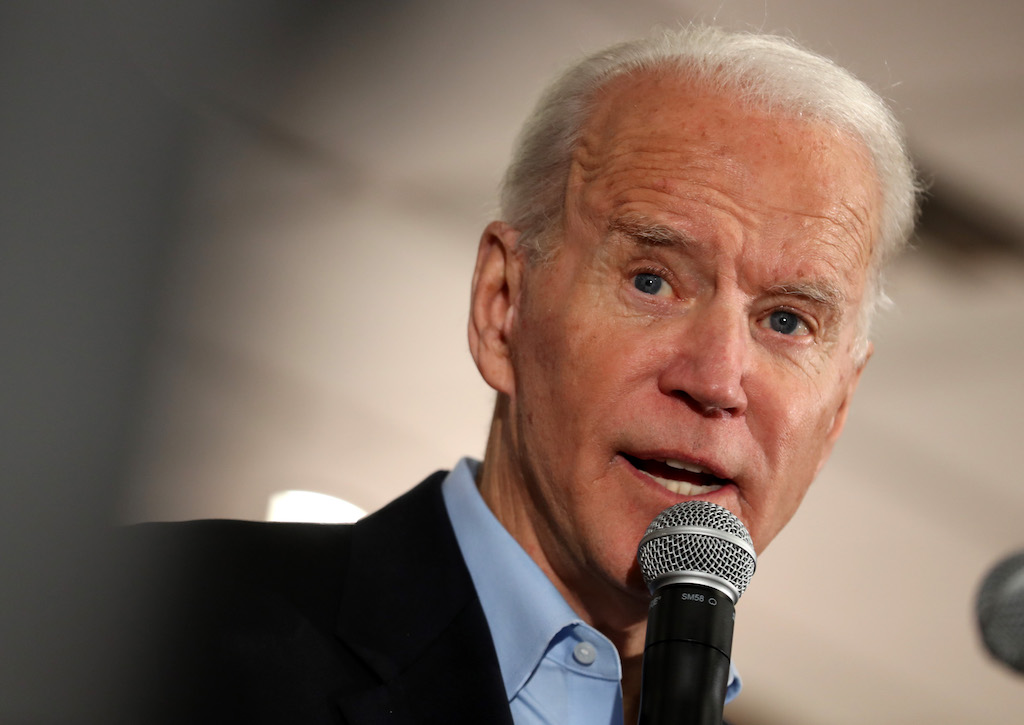 WASHINGTON - US President Donald Trump on Wednesday refused to guarantee that he will transfer power if he loses the November election, earning scorn from his Democratic challenger Joe Biden and even from within his own party.

"Well, we're going to have to see what happens," Trump responded when asked at a White House press conference whether he is committed to the most basic tenet of democratic rule in the United States -- the peaceful handover of power upon a change of president.

Biden, who holds a steady lead over the Republican incumbent in opinion polls ahead of the November 3 vote, expressed incredulity.

"What country are we in?" the former vice president said, when asked about Trump's comment by reporters.

"Look, he says the most irrational things. I don't know what to say."

Republican Senator Mitt Romney, a frequent but rare party critic of Trump, went further, saying that any hesitation on the core constitution guarantee was "unthinkable and unacceptable."

"Fundamental to democracy is the peaceful transition of power; without that, there is Belarus," he tweeted.

President Donald Trump will not commit to peaceful transfer of power after the election. "Get rid of the ballots," he says, and there won't be a transfer of power, there'll be a continuation. Courtesy CNBC Television - https://www.youtube.com/watch?v=oR8oIitE6mI

Trump followed up his remarks -- unprecedented in modern times for a US president -- by resuming his near daily complaint about the fairness of the election.

Apparently referring to the increased use of mail-in ballots due to the coronavirus pandemic, he said: "You know that I've been complaining very strongly about the ballots and the ballots are a disaster."

Trump frequently claims that mail-in ballots are vulnerable to mass fraud and are being encouraged by Democrats to rig the election.

However, there is no evidence that ballots sent through the postal service have ever led to significant fraud in US elections.

At the press conference, Trump seemed to suggest annulling what are expected to be the huge numbers of mailed-in ballots, noting that in such a scenario, he would remain in power.

"Get rid of the ballots and you'll have a very peaceful -- there won't be a transfer, frankly. There'll be a continuation," he said.

Trump's latest insistence that there cannot be a free and fair presidential election came as pressure mounts over his plan to put a new, right-leaning justice on the Supreme Court.

Trump is set to nominate a replacement on Saturday for the late liberal-leaning justice Ruth Bader Ginsburg, who died last week.

His Republican Party, which has a majority in the Senate, is then expected to quickly confirm the nominee.

If they succeed, the nine-justice court would then likely have a strongly pro-conservative bent for years to come.

Democrats are crying foul, saying that the process should wait until the results of the election are known, allowing the winner to shape the Supreme Court.

With Trump and the Republicans mounting a series of court challenges against the use of mail-in ballots, the chances of a contested election result are considered high.

On Wednesday, Trump said he thinks the election "will end up in the Supreme Court."