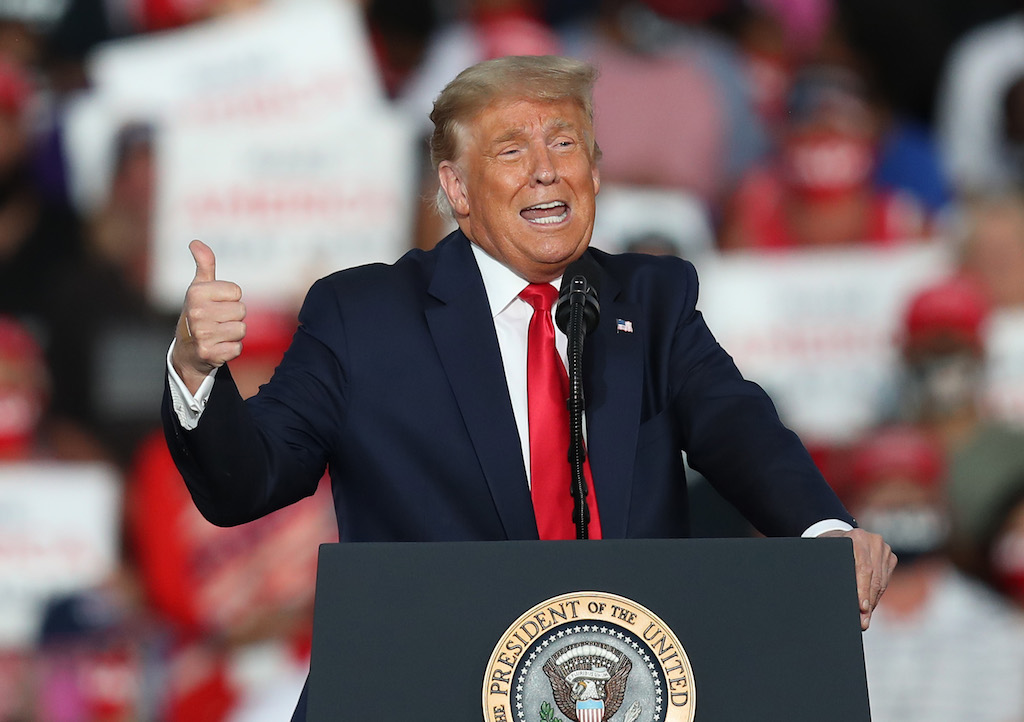 WAHINGTON - US President Donald Trump went after top government scientist Anthony Fauci in a call with campaign staffers on Monday, suggesting the hugely respected and popular doctor was an "idiot."

Fauci, a key member of the White House coronavirus task force, has increasingly become a focus for the president's frustration as he bids to shape the messaging on the much-criticized federal response to the pandemic.

"People are tired of Covid," Trump told his campaign team in a call on which several members of the press were present.

"People are saying, 'Whatever -- just leave us alone.' They're tired of it. People are tired of hearing Fauci and all these idiots," the president said, according to several US media outlets.

The pandemic has killed almost 220,000 people in the United States.

READ: Trump insists pandemic almost over, Biden says he did 'nothing'

"He's been here for, like, 500 years," Trump complained of the 79-year-old Fauci, who is recognized worldwide for his work directing the National Institute of Allergies and Infectious Diseases in suburban Washington.

"Fauci, if we listened to him, we'd have 700,000 (or) 800,000 deaths," Trump claimed on the call, before saying that it would be counterproductive to fire him before the presidential election November 3.

READ: Stakes are high for Earth’s climate future in US vote

Trump's remarks came a week after Fauci expressed displeasure at the use of a clip of him in a Trump campaign video about the coronavirus.

"In my nearly five decades of public service, I have never publicly endorsed any political candidate," the immunologist hit back, saying his statements in the video were taken out of context.

At various points during the pandemic response, Fauci has clarified or corrected Trump's public comments on the development of Covid-19 treatments and vaccines.

The tone between them has sometimes turned tense, as in April when Trump retweeted a post that contained the hashtag #FireFauci -- before reassuring the American people that "Tony" was doing a great job.