Trump tells congresswomen to leave if not happy 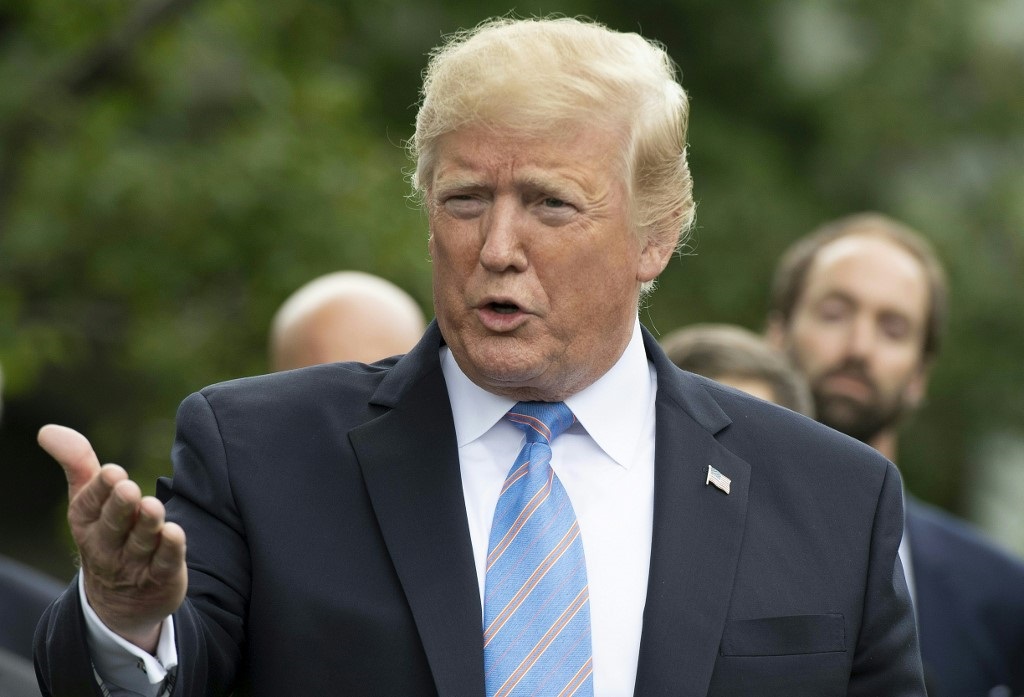 WASHINGTON - President Donald Trump stepped up his attacks on four progressive Democratic congresswomen on Monday, saying if they're not happy in the United States, "they can leave."

"All they do is complain," Trump told reporters gathered at the White House for a "Made in America" event.

"These are people that hate our country," he added.

"If you're not happy here, you can leave."

READ: Trump under fire for 'racist' attack on US congresswomen

Trump also accused the four Democrats, all of whom are women of colour, of having "love" for US "enemies like Al-Qaeda."

Trump spoke out a day after launching xenophobic attacks on the progressive congresswomen on Twitter, saying they should "go back" to the countries they came from.

He did not identify the women by name in his initial attack although on Monday he made it clear he was referring to Alexandria Ocasio-Cortez of New York, who is of Puerto Rican origin, and Ilhan Omar of Minnesota, who is of Somali origin.

The attacks also appeared to target Rashida Tlaib of Michigan, the first Palestinian-American woman elected to Congress, and Ayanna Pressley of Massachusetts, who is African-American.

"These are people that hate our country," Trump said.

"They hate it, I think, with a passion. Now, it's possible I'm wrong. The voter will decide."

He accused the congresswomen of using anti-Semitic language and voicing hatred for Israel, suggesting that they might be communists.

Trump has been roundly criticized for his attacks by Democrats, who accused him of racism. Republicans have been slower to respond, but on Monday, moderate Senator Susan Collins called on him to retract his comments.

Collins said while she disagreed with the political views of the leftist representatives, "the president's tweet that some members of Congress should go back to the 'places from which they came' was way over the line, and he should take that down."

Another Republican senator, Lindsey Graham, urged Trump to "aim higher" and take on their policies.

"They are American citizens," Graham said on "Fox & Friends."

Both Collins and Graham nevertheless accused the women lawmakers of being anti-Semitic.