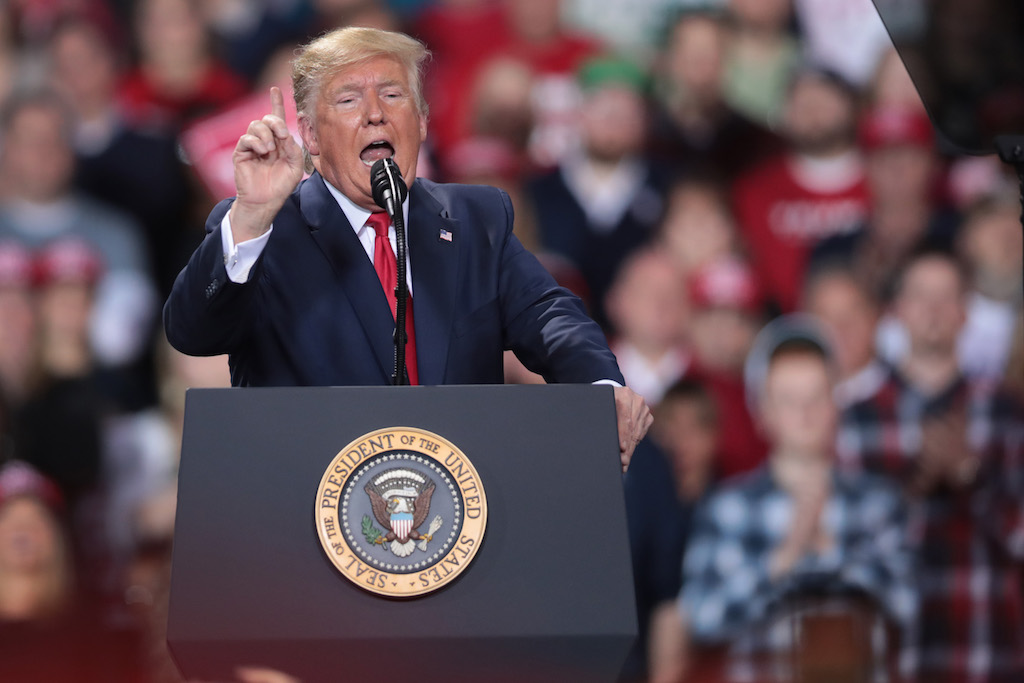 FILE: The Senate impeachment trial of US President Donald Trump is likely to begin in seven days with key players sworn in later this week.

McConnell said he expected the House of Representatives to deliver the articles of impeachment against Trump to the upper chamber on Wednesday.

"We believe that if that happens - in all likelihood - we'll go through preliminary steps here this week which could well include the chief justice coming over and swearing in members of the Senate and some other kinds of housekeeping measures," McConnell told reporters.

"We hope to achieve that by consent which would set us up to begin the actual trial next Tuesday."

Trump faces charges of abuse of power and obstruction of Congress, and the 100 senators will be his judge.

On Thursday or Friday this week, Supreme Court Chief Justice John Roberts is expected to be sworn in to preside over the trial, which should last at least two weeks, and could run through mid-February.

Nancy Pelosi, the Democratic House speaker, called for a fair trial and demanded the Senate subpoena witnesses and documents from the White House that will be crucial in the trial.

"The American people deserve the truth, and the Constitution demands a trial... The president and the senators will be held accountable," she added.

Trump will become only the third president in US history to go on trial, risking his removal from office.

But his conviction is highly unlikely, given Republicans' 53-47 control of the Senate, and the high two-thirds vote threshold required to find him guilty.

But both parties were girding for tense weeks of hearings that could lay bare the US leader's alleged wrongdoing to the American public on live television.

Trump was impeached on December 18 when the House voted to formally charge him with abusing his power by illicitly seeking help from Ukraine for his reelection campaign.

He is accused of holding up aid to Ukraine to pressure Kiev to investigate former vice president Joe Biden, the frontrunner in the race for the Democratic party's 2020 presidential nomination.

Trump is also charged with obstruction for holding back witnesses and documents from the House impeachment investigation in defiance of Congressional subpoenas.