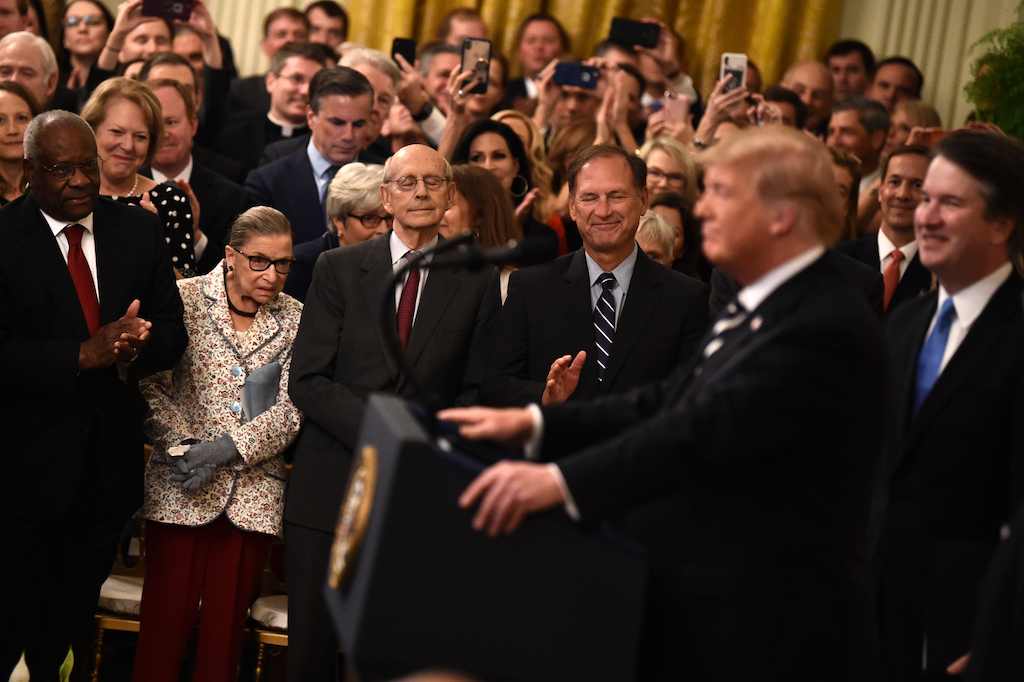 "We will have a nominee very soon," he told reporters in Washington, adding: "Most likely it would be a woman."

Ginsburg, a progressive icon and a vocal Trump opponent, died Friday at the age of 87.

Her death gives the president the opportunity to tilt the nine-justice Supreme Court bench solidly toward the right for decades to come with a 6-3 conservative majority.

"We want to respect the process and the process will move, I think it's going to move quickly actually," Trump told reporters.

Ginsburg's death comes just weeks before the November 3 presidential election, offering Republicans a chance to lock in a conservative majority at the court.

Trump told reporters he would likely choose a female replacement.

"I think I could say that - it would be a woman. If somebody were to ask me now, I would say that a woman would be in first place, yes, the choice of a woman I would say would certainly be appropriate," he said.