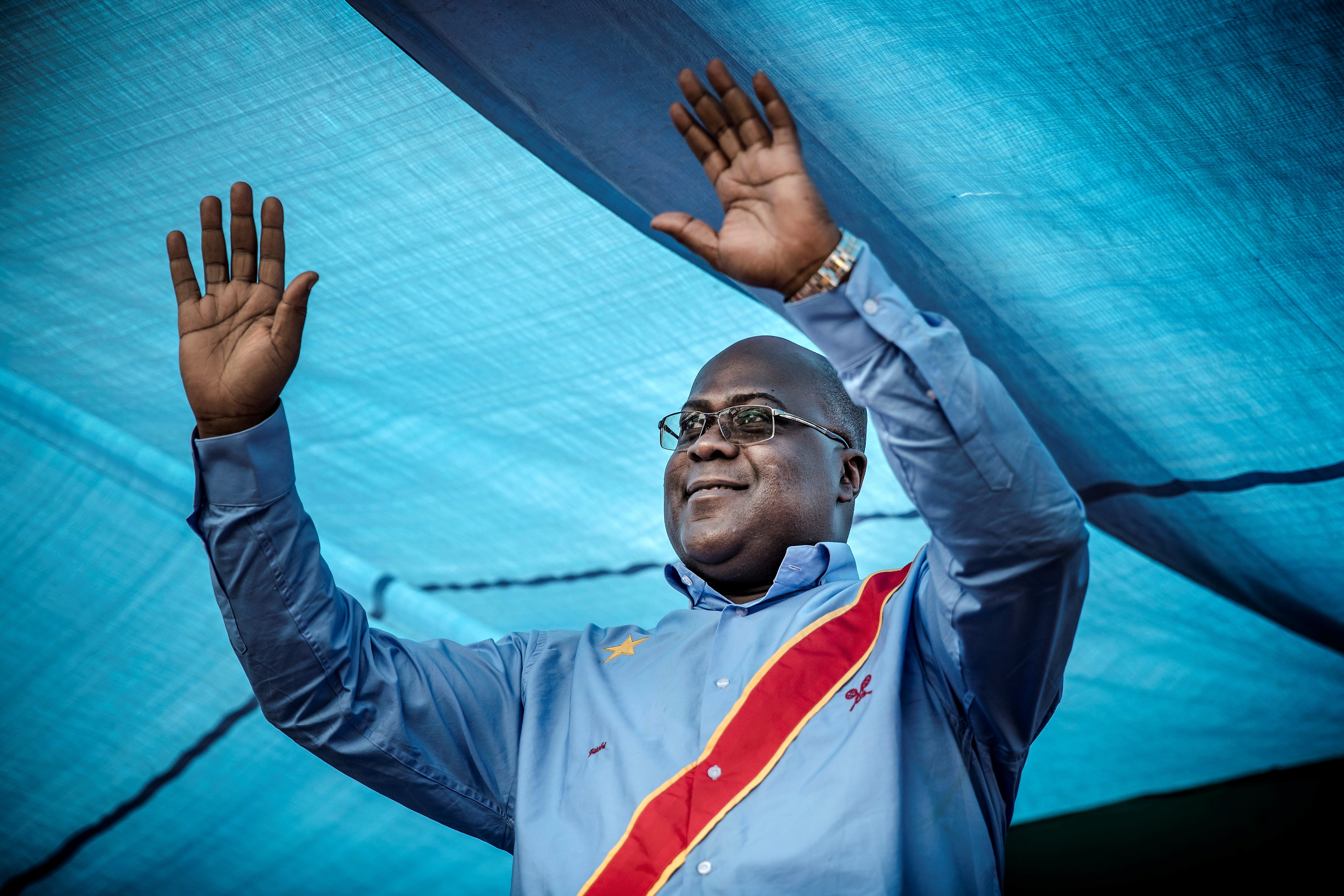 File: Opposition leader Felix Tshisekedi takes over from Joseph Kabila who is stepping aside after 18 years at the helm of sub-Saharan Africa's biggest country.

KINSHASA - Felix Tshisekedi has been sworn in on Thursday as President of the Democratic Republic of Congo, marking the country's first-ever peaceful handover of power after chaotic and bitterly disputed elections.

At 55, opposition leader Tshisekedi takes over from Joseph Kabila who is stepping aside after 18 years at the helm of sub-Saharan Africa's biggest country.

At least 2,000 Tshisekedi supporters, many of them dressed in white, gathered outside the Palace of the Nation, the seat of the presidency, to celebrate the historic event.

"We hope that this will be a real change, especially as he has taken power without bloodshed," said Saddam Kongolo, a member of Tshisekedi's Union for Democracy and Social Progress (UDPS).

One of Tshisekedi's first tasks will be to appoint a prime minister in a move which will see him sharing power with Kabila's supporters, who hold an overwhelming majority in parliament.

The ceremony caps more than two years of turmoil sparked by Kabila's refusal to step down when he reached the constitutional limit on his term in office.