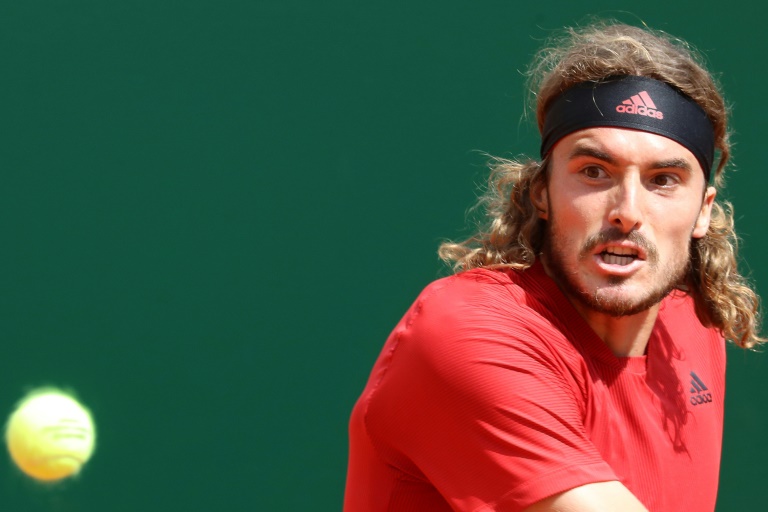 Stefanos Tsitsipas reached the semi-finals of the last French Open and the most recent Australian Open. AFP/Valery Hache

MONACO - Stefanos Tsitsipas made a winning start to the Monte Carlo Masters after the world number five cruised past Aslan Karatsev 6-3, 6-4 and into the last 16.

Greek Tsitsipas, who had been given a bye into the second round, took just one hour and 24 minutes to beat 29th-ranked Russian Karatsev.

The 22-year-old exploited a whopping 32 unforced errors from Karatsev to set up a clash with either Australian John Millman or Chile's Cristian Garin.

Novak Djokovic meanwhile will face Jannik Sinner in his second round match after the up-and-coming Italian saw off Spain's Albert Ramos-Vinolas in straight sets 6-3, 6-4.

Teenager Sinner has risen to 22nd in the world rankings after reaching the final of the Miami Open earlier this month.

"I will definitely have a game plan," Sinner said of what will be his first meeting with Djokovic.

"I know who is on the other side. Obviously it's a tough match I think from my side, because I don't know him that well. I have seen him a lot on TV, watching matches. But when you play against him in a match, it's different. I'm looking forward to that match."

Sinner, one of five Italians to reach the second round Tuesday in Monte Carlo, is 15-5 this year but is competing in the main draw of a Masters 1000 event for just the fourth time.