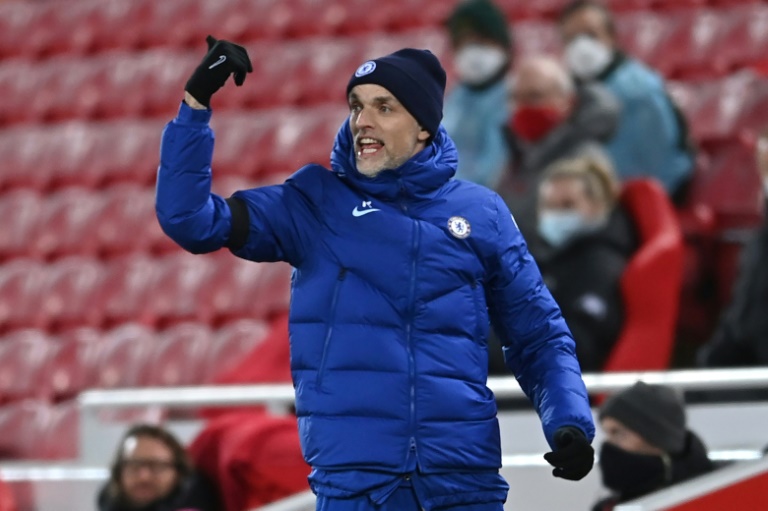 Thomas Tuchel's Chelsea are fourth in the Premier League

LONDON - Thomas Tuchel says his Chelsea players should take the credit after masterminding a 10-match unbeaten run since he replaced Frank Lampard as manager.

Chelsea's 1-0 win against Liverpool on Thursday lifted them to fourth in the Premier League table and put them on course to qualify for next season's Champions League.

The Stamford Bridge side were languishing down in ninth place when Tuchel took over in late January.

German boss Tuchel has refused to take credit for that resurgence however, insisting the players must receive the plaudits.

Asked to explain his role in Chelsea's revival, Tuchel replied: "I am flattered but I will just give the flowers to the players and to the club.

"It is proven that Chelsea is an organisation and a club that has everything that you need to be successful as a coach and as a football team, so now it is my job to bring out the very best of myself, together with the team."

The former Paris Saint-Germain boss has quickly tightened up the team's defence and they have conceded just twice on his watch.

Tuchel will pit his wits against Carlo Ancelotti when Chelsea host Everton on Monday. The fifth-placed Toffees are a point behind Chelsea but have a game in hand.

"I am happy to be on the sideline," said Tuchel. "I feel an attitude, an unbelievable attitude towards training, towards games, I feel the bond that is necessary.