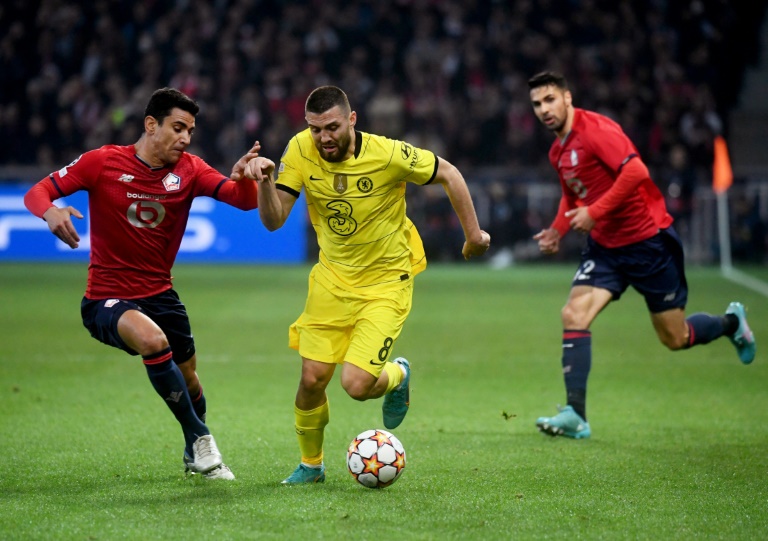 LONDON - Thomas Tuchel hopes Mateo Kovacic can play through the pain barrier as the Chelsea midfielder battles to recover from an ankle injury in time for Saturday's FA Cup final against Liverpool.

Kovacic limped out of Wednesday's 3-0 win at Leeds after being caught by Daniel James in a tackle that led to the winger's dismissal.

The Croatian is suffering a recurrence of a previous ankle problem and Chelsea boss Tuchel said after the Leeds game that it would be a "miracle" if he could feature at Wembley.

Despite having a heavily swollen ankle, Kovacic planned to train on Friday in an effort to show he is ready to face quadruple-chasing Liverpool this weekend.

"We will try it today actually, which is pretty surprising news where we are in the situation where we can try it," said Chelsea boss Tuchel.

"Mateo wants to try it and the medical department gave the green light to try it.

"The ligament is anyway stretched from the last incident, so there's no new injury but heavy pain, and it's heavily swollen.

"We're hoping that maybe time is enough that he makes it."

Tuchel believes Kovacic's presence would be a huge boost to Chelsea's bid to win the FA Cup for the first time since 2018.

The Blues have lost the past two FA Cup finals against Arsenal and Leicester, while also suffering a penalty shoot-out defeat to Liverpool in the League Cup final in February.

"In the game (at Leeds) he was very good and in general he has stepped up again," Tuchel said of Kovacic.

"The quality and personality, his dribbling, carrying the ball, driving with the ball is excellent, a top team player."