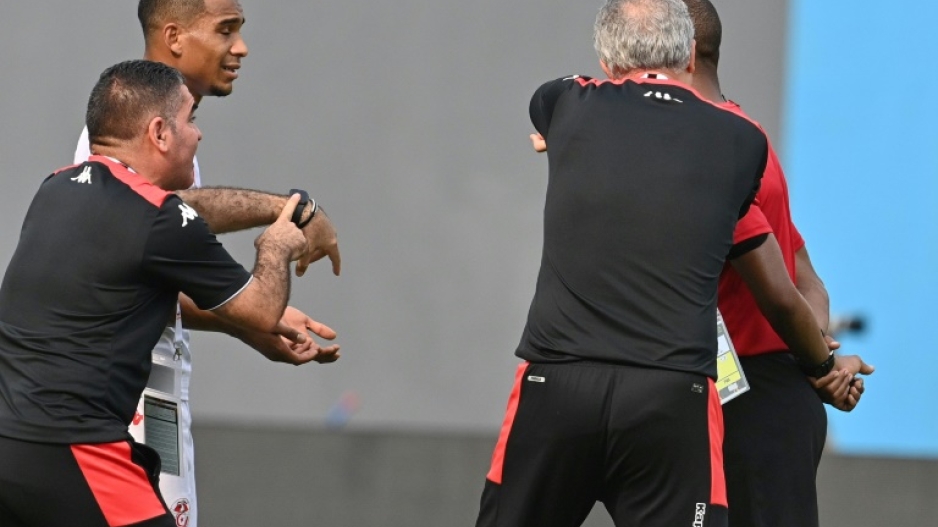 Tunisia coach Mondher Kebaier (R) protest to Zambian referee Janny Sikazwe at the end of his side's defeat by Mali at the Africa Cup of Nations. AFP/Issouf Sanogo

YAOUNDE - CAF has dismissed Tunisia's formal complaint about their match against Mali where the referee blew the whistle 13 seconds before stoppage time.

The CAF Committee met on Thursday and rejected the federation's request without explanation.

It also confirmed that the 1-0 holds, despite hinting that the Zambian referee Janny Sikazwe suffered from sunstroke.

Sikazwe reportedly had to go to hospital to recover after the match.

The fourth official was set to take charge of a failed attempt to restart the game more than 20 minutes later.

The controversial moments included the game being stopped at 85 minutes, then the sending off of a Mali player, to later on call the game again at 89 minutes and 47 seconds.

Tunisia's media officer, Kais Reguez refused to go into details when asked about the nature of Tunisia's complaint.