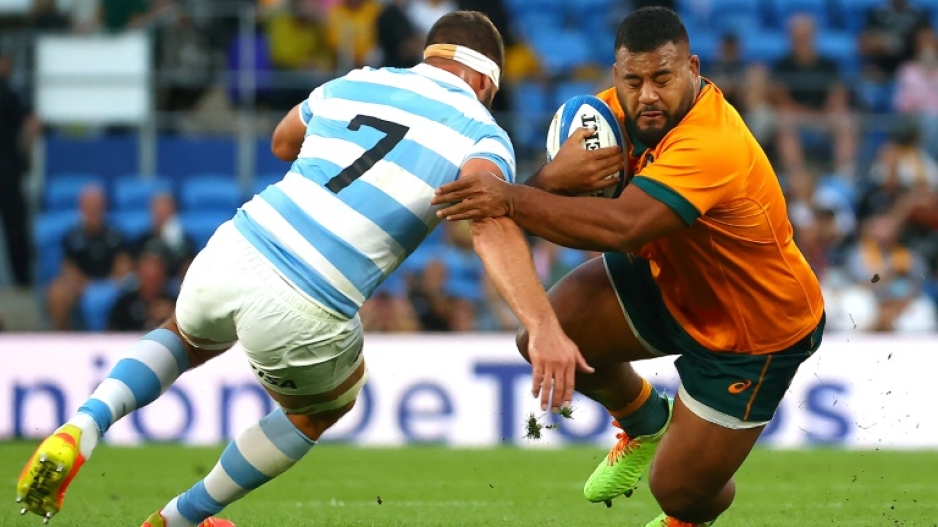 BRISBANE - Powerhouse prop Taniela Tupou returns from injury and Jordan Petaia will start at fullback for Australia for the first time as coach Dave Rennie made five changes on Thursday to his starting line-up for the second Test against England.

Injuries and suspensions forced Rennie's hand for the clash on Saturday in Brisbane after their brutal 30-28 victory at Perth last weekend, which snapped an eight-match losing streak against Eddie Jones's men.

Usual fullback Tom Banks broke his arm during the opening match of the three-Test series with right wing Andrew Kellaway expected to replace him, but the Melbourne Rebels player was also ruled out after injuring a hamstring in training this week.

That opened the door to Petaia, usually a wing, to start in the number 15 jersey for the first time at international level, with Tom Wright taking Kellaway's place.

The Wallabies also made changes to their tight five, with Tupou back from injury to replace Allan Alaalatoa, who suffered a concussion in Perth.

"It's great to have Taniela back this week and he's extremely excited to pull on the gold jersey in his hometown," said Rennie.

With lock Darcy Swain serving a two-match ban after being sent off for headbutting Jonny Hill in the first Test, Matt Philip returns to the starting side as the chief lineout caller.

Veteran lock Cadeyrn Neville and hooker David Porecki, who made their debuts in Perth, both retain their places with Nick Frost a potential debutant off the bench.

"Equally Jordy (Petaia) is looking forward to the opportunity at fullback and of course it will be a proud night for Nick (Frost) and his family for his Test debut," added Rennie.

The other change sees Len Ikitau dropped at outside centre, with the hard-charging Hunter Paisami preferred.

Playmaker Noah Lolesio kept his spot at fly-half following an impressive performance in Perth when he was elevated to the starting side just minutes before kick-off after Quade Cooper picked up a calf injury.

Cooper is not in the matchday 23 for Brisbane with James O'Connor on the bench as cover.