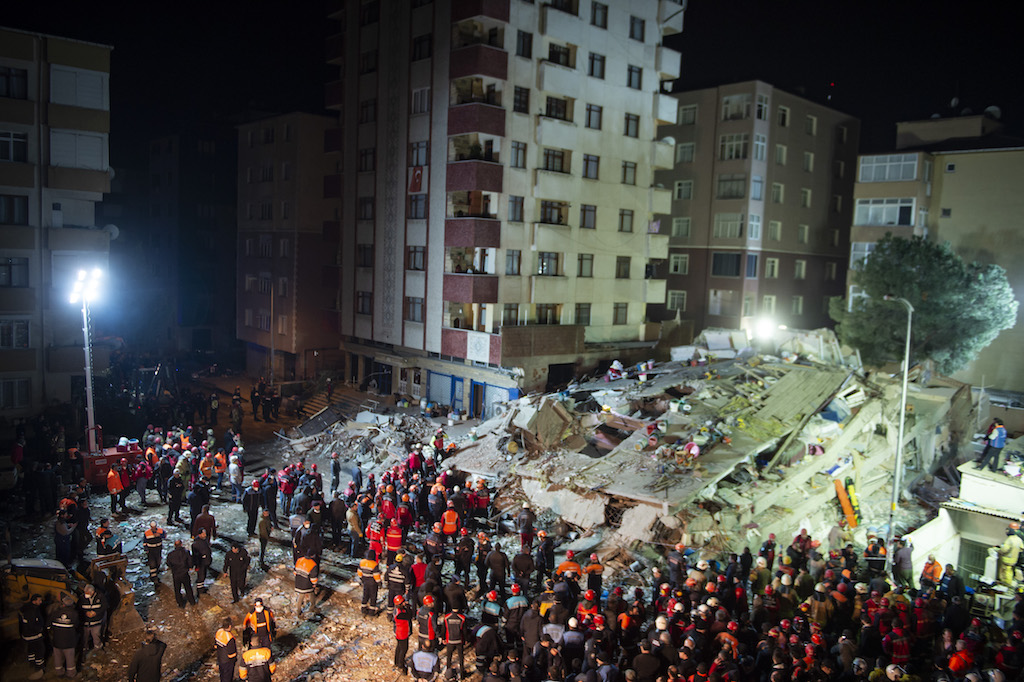 Rescuers work at the site of a collapsed building in Kartal district of Istanbul, Turkey.

ISTANBUL - The death toll from the collapse of an apartment building in Istanbul has risen to 15, a Turkish government minister said Friday.

The eight-storey block in the Kartal district on the Asian side of the city collapsed on Wednesday but the cause is not yet clear.

"The number of those who lost their lives has climbed to 15," Health Minister Fahrettin Koca said, quoted by Hurriyet newspaper and DHA news agency.

"Among 13 injured, seven are in intensive care while six are still being treated at our services."

Earlier on Friday, a government minister said 14 had been injured but Koca said that one individual had been discharged from hospital.

Turkish media said three of the eight floors had been illegally built -- a relatively common practice in the metropolis of some 15 million people.

Turkish authorities said 43 people were registered as living in the building.

The collapse fanned criticism of a government amnesty granted last year to people accused of illegal building -- a measure announced ahead of municipal elections this March.

Engineers and architects regularly sound the alarm against illegal additional storeys to buildings which they say weaken the constructions' structure, and puts them at greater risk in the event of an earthquake.

A four-storey structure in Istanbul crumbled last year following violent thunderstorms. In January 2017, two people died when another building collapsed in a working-class part of the city.