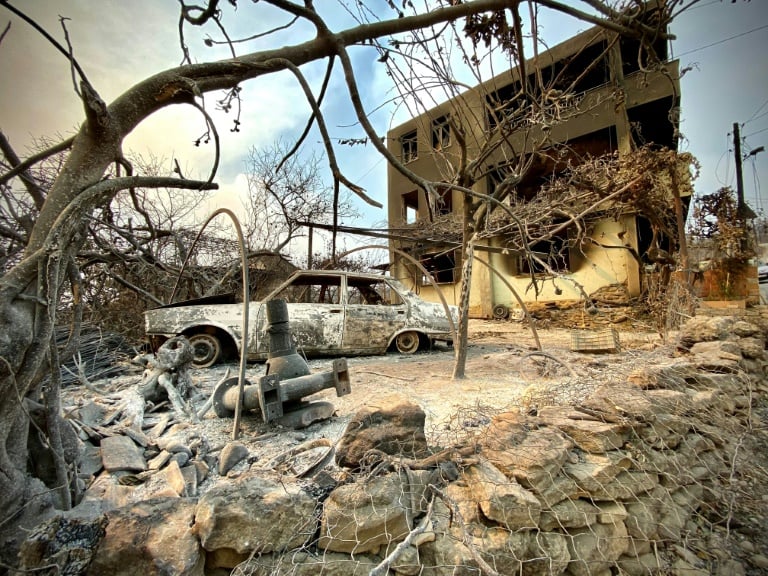 Turkey has suffered the worst fires in at least a decade, official data show

The death toll from wildfires in southern Turkey rose to eight following the discovery of two bodies on Sunday, officials said, as more people including tourists were evacuated to safety.

The Turkish national and a German died in their fire-damaged home, according to state news agency Anadolu.

Since the fires broke out Wednesday, 864 people have received medical treatment, the health minister said.

Several neighbourhoods in the tourist city of Bodrum were evacuated, the mayor said Sunday, as strong winds from nearby Milas district fanned the flames.

Over 1,100 residents were taken to another part of Bodrum aboard nearly 20 boats, mayor Ahmet Aras said, since it was not possible to evacuate people by road.

More residents were evacuated from the coastal city of Marmaris in Mugla province by boat with assistance from the naval force, the defence ministry said.

Agriculture and Forestry Minister Bekir Pakdemirli said 111 forest fires were now under control, while five blazes continued in the holiday regions of Antalya and Mugla.

He added that another forest fire was recorded in the eastern province of Tunceli.

Temperatures are set to remain high in the region after record levels last month. 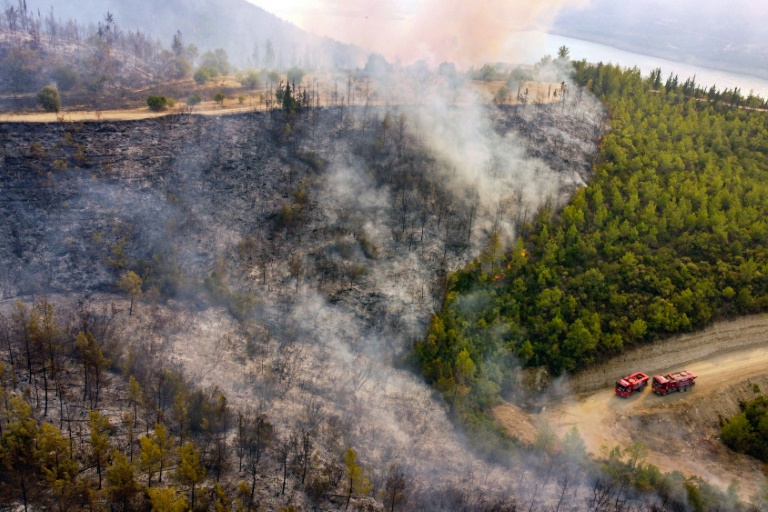 Agriculture and Forestry Minister Bekir Pakdemirli said 111 forest fires were under control, while five blazes continued in the holiday regions of Antalya and Mugla

ANKARA - The general directorate of meteorology registered a temperature of 49.1 degrees Celsius on July 20 in the southeastern town of Cizre.

The mercury is expected to reach 40 degrees Celsius in Antalya on Monday.

Another video also shows him throwing tea to people on the side of the road from a bus. 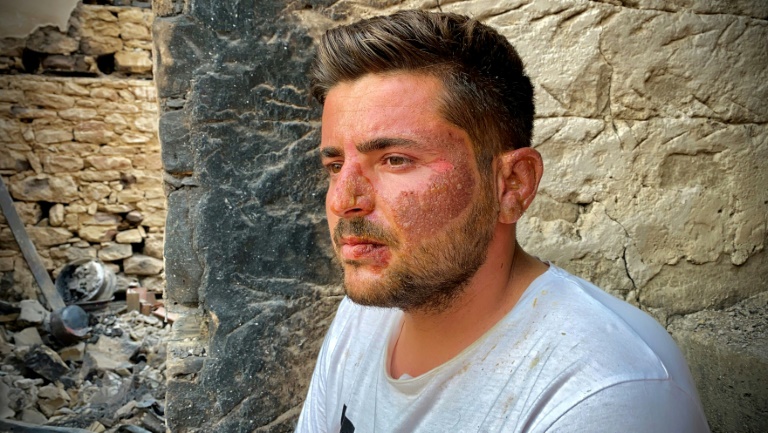 Since the fires broke out Wednesday, six people have died and more than 330 have received medical treatment

The government has also been criticised over the lack of firefighting planes, with Turkey forced to accept help from Azerbaijan, Iran, Russia and Ukraine.

"If we don't have planes or helicopters, we must buy them," Bodrum mayor Aras of the CHP said in a video shared on Twitter.

Erdogan insisted Saturday that Turkey had "the strongest infrastructure in the region to fight forest fires" as he promised financial support for those affected.

Experts warn that climate change will wreak further damage in Turkey, causing more fires and other disasters if necessary measures to tackle the problem are not taken.

According to European Union figures, Turkey has been hit by 133 wildfires in 2021 so far compared with an average of 43 by this point in the years between 2008 and 2020.