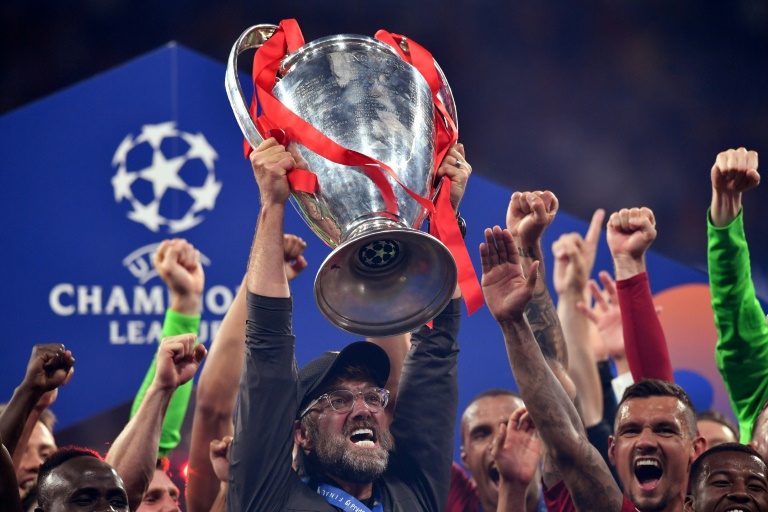 Liverpool are among the clubs launching the new competition. AFP/Ben Stansall

PARIS - Twelve of Europe's most powerful clubs announced the launch of a breakaway European Super League on Monday in a potentially seismic shift in the way football is run, but faced accusations of greed and cynicism.

The ESL said the founding clubs had agreed to create a "new midweek competition" but would continue to "compete in their respective national leagues".

It said it hoped the inaugural edition would start "as soon as practicable".

Three more founding clubs would be announced, the ESL said in a statement, with a further five places up for grabs through a qualifying system each year.

Crucially, the 15 initial members would be guaranteed qualification every season.

Clubs would be split into two groups of ten, playing each other home and away. The top three in each group would qualify for the quarter-finals and the teams in fourth and fifth would play a two-legged play-off for the two remaining spots.

Then the competition would adopt the same two-leg knockout format used in the Champions League before a single-leg final in May.

In terms of the financial draw for clubs, organisers said they would receive "solidarity payments" that would be "substantially higher than those generated by the current European competition".

For signing up to the new league, "Founding Clubs will receive an amount of 3.5 billion euros solely to support their infrastructure investment plans and to offset the impact of the COVID pandemic," the statement added.

The ESL clubs were accused of greed, criticised by the leaders of Britain and France and threatened with international exile.

Despite their pledge to continue playing in their domestic leagues, European football's governing body UEFA and the three countries' football authorities warned the clubs would be barred from their national competitions and the Champions League.

"We thank those clubs in other countries, especially the French and German clubs, who have refused to sign up to this," UEFA said.