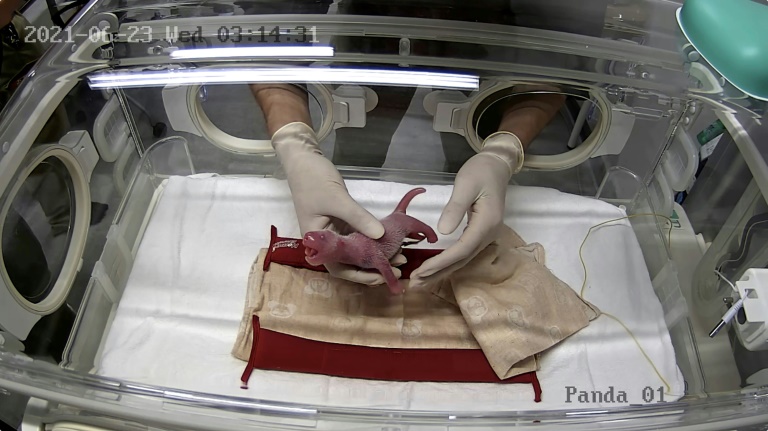 Zookeepers at Ueno will swap the babies so that the mother breastfeeds one while the other is kept in an incubator. AFP/Tokyo Zoological Park

TOKYO - A panda at Tokyo's Ueno Zoo gave birth to twins on Wednesday, weeks after news of Shin Shin's pregnancy sent stocks in nearby restaurants soaring.

They were born in the early hours of Wednesday, the zoo said in a statement, adding that it had not yet confirmed the sex of the pair.

Zoo director Yutaka Fukuda said the twin birth was a first for the Ueno facility.

"When I heard the news that the second baby was born, I couldn't help but whoop," he told reporters.

One of the cubs, weighing in at 124 grams, was placed in an incubator, zoo spokesperson Naoya Ohashi said in a press conference later. 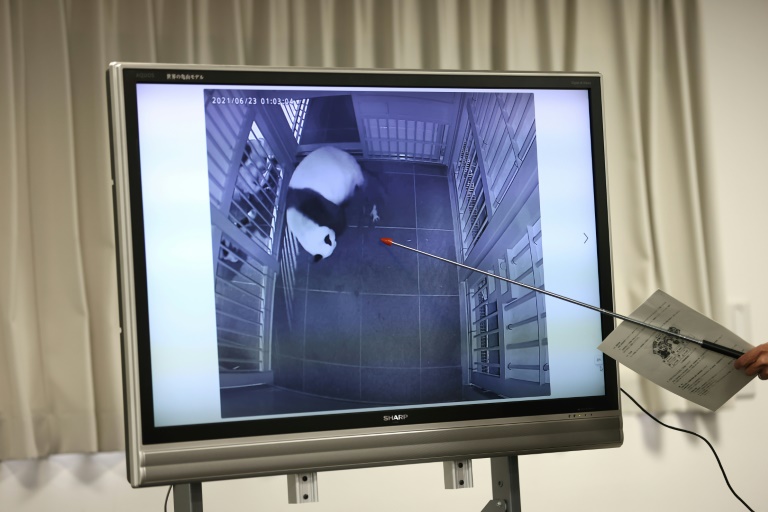 Shin Shin's pregnancy sparked a rally in stocks of eateries near Ueno zoo earlier this month, with investors anticipating a visitor boom

The mother panda "is in good health, and carefully looking after" the other baby, he added.

When pandas have twins, they usually only raise one, "so we will be making sure the mother panda will breastfeed one while we keep the other in the incubator," Ohashi said.

Zookeepers will be swapping the babies so that both cubs experience natural feeding, he added.

Mother Shin Shin sparked a rally in stocks of eateries near the zoo earlier this month when her suspected pregnancy was announced, with investors anticipating a visitor boom to the area after the delivery.

Shares in one Chinese restaurant nearby spiked nearly 30 percent on the pregnancy and was up around 6.4 percent in early trade Wednesday.

And even the government weighed in, with spokesperson Katsunobu Kato calling the birth of the cubs "cheerful news" and inviting "all of Japan to watch over them".

Zookeepers had been on alert for a possible pregnancy after Shin Shin and partner Ri Ri mated in early March.