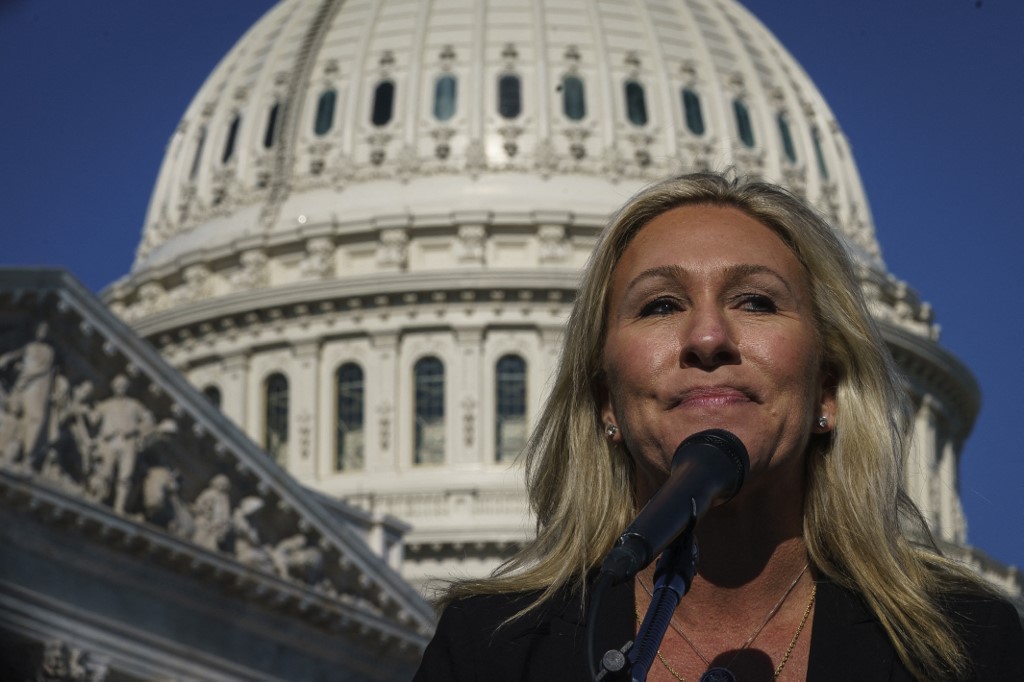 FILES: In this file photo taken on February 05, 2021 Rep. Marjorie Taylor Greene (R-GA) speaks during a press conference outside the US Capitol in Washington, DC.

The lawmaker from Georgia is a loud and fervent supporter of Donald Trump and his false claims that the 2020 election was stolen, and is also known for making outlandish anti-vaccine claims and other false statements about the coronavirus pandemic.

"We've been clear that, per our strike system for this policy, we will permanently suspend accounts for repeated violations of the policy," it added.

Twitter did not specify exactly what Greene said to deserve this punishment.

Greene hit back after her suspension, saying in a statement on Telegram that Twitter is "an enemy to America and can't handle the truth. That's fine, I'll show America we don't need them and it's time to defeat our enemies. "

One strike results in nothing, for instance; three strikes results in a 12-hour account lock, and five strikes cause permanent suspension.

Her account was suspended for one week in August after she tweeted that the Food and Drug Administration should not approve Covid vaccines because they were "failing" to slow the spread of the virus.

On Saturday, she tweeted that deaths from vaccines used to be taken seriously in America but now "extremely high amount of covid vaccine deaths are ignored and government forced vaccine mandates are increased."

A year ago, Twitter banned Trump from the platform after the January 6 riot at the US Capitol by Trump supporters, who were fired up by his claims that he was robbed of victory over Joe Biden.