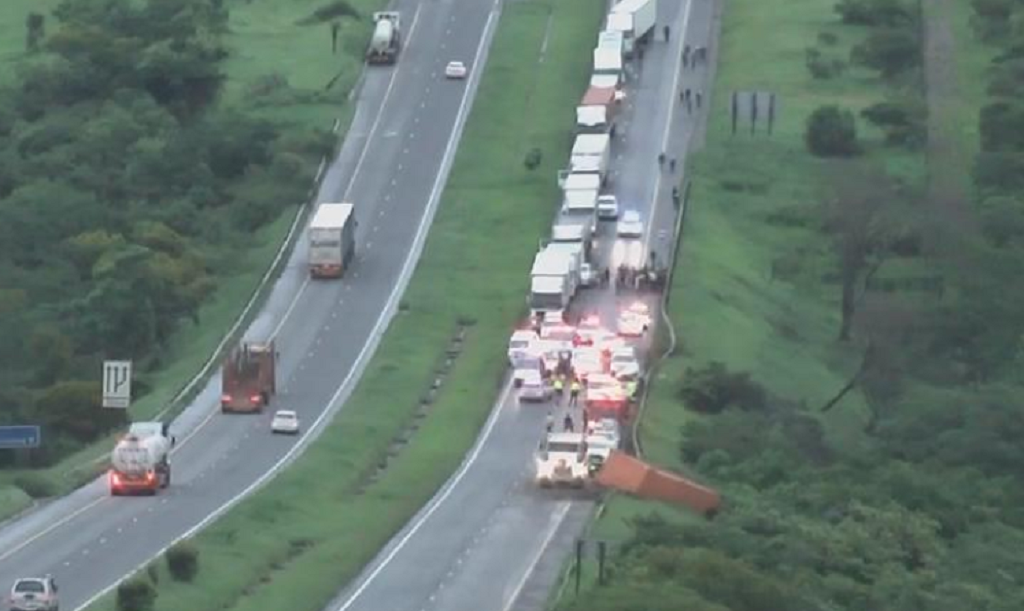 The N3 Highway has been closed for the second day in a row. Twitter/@KZN_EMS

JOHANNESBURG - Two people have been killed and 12 others injured in another major crash on the N3 highway near Pietermaritzburg.

This after a container fell off a truck and onto a minibus taxi.

The highway is closed for the second day in a row.

"It is believed that a container fell off a truck and landed on top of a fully-loaded minibus which was traveling in the same direction," said KZN EMS spokesperson, Robert McKenzie.

"Two people have sustained injuries in this incident and paramedics have treated 12 patients at the scene."

On Tuesday, one person was killed and several others critically injured after a crash between a bus and a truck on the N3 highway at Van Reenen's Pass

[BREAKING NEWS] N3 closed between Durban and Pietermaritzburg. This after a container fell on a minibus taxi. Two dead and 12 injured. For more on this story tune in to #DStv403 pic.twitter.com/TE5S64a6B7