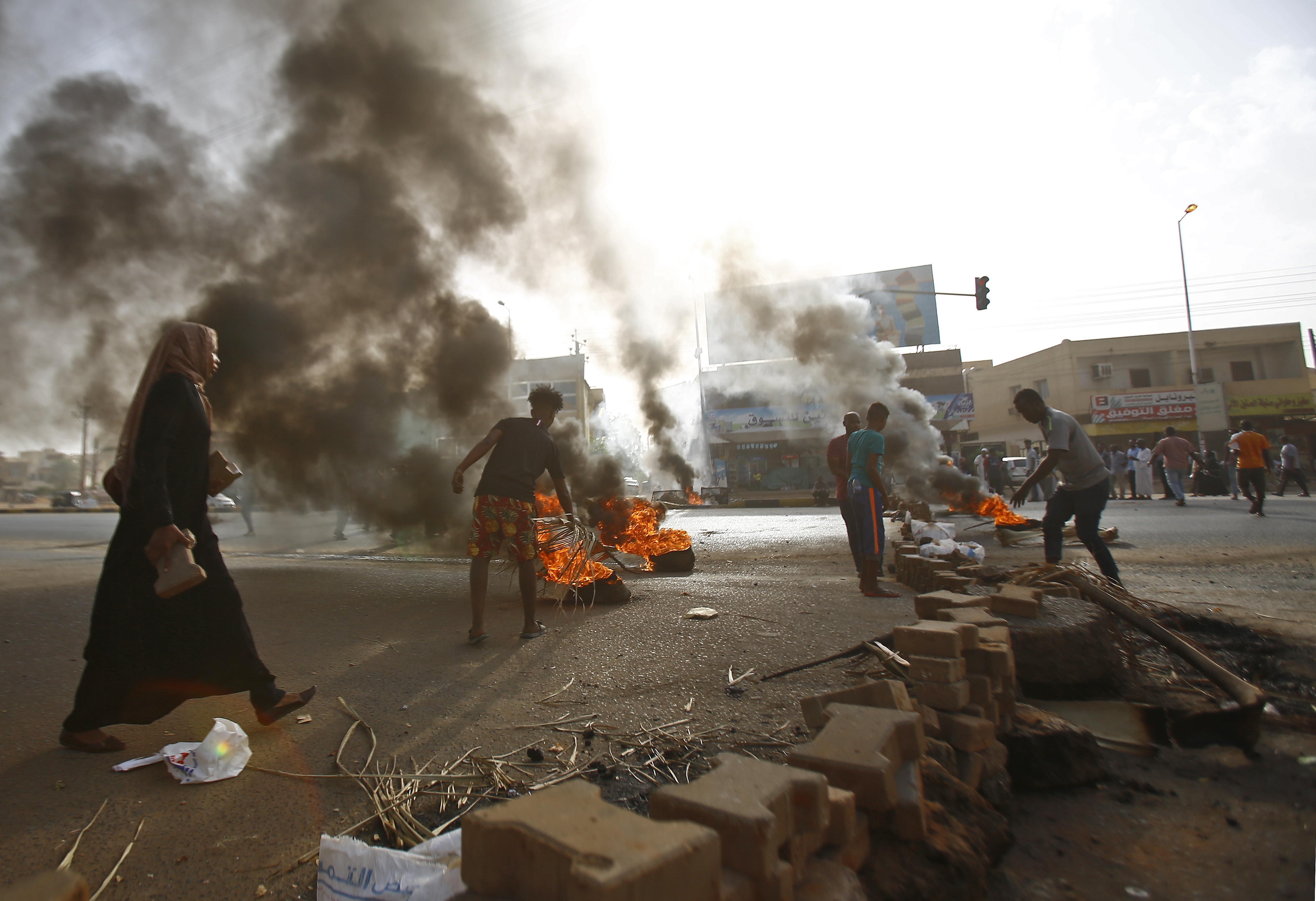 KHARTOUM - At least two protesters were shot dead Monday as Sudan's military rulers tried to break up a sit-in outside Khartoum's army headquarters, a doctors' committee said as gunfire was heard from the site.

"Two peaceful protesters were killed by live bullets fired at the orders of the Transitional Military Council," the Central Committee of Sudanese Doctors said on Twitter without giving further details.

Gunfire was heard from the protest site by an AFP journalist, who reported a heavy deployment of security forces around the streets of the capital.

There were multiple reports of the military using force to disperse the sit-in in front of army headquarters, where protesters have been camped out for weeks.

"Now an attempt is taking place to disperse the sit-in at the headquarters of the people's armed forces by force by the military council," said the Sudanese Professionals Association (SPA), the group which spearheaded nationwide protests that started in December.

The SPA said it amounted to a "bloody massacre" and called on Sudanese to take part in "total civil disobedience" to topple the military council.

Rallies against the authoritarian rule of veteran leader Omar al-Bashir led to his ouster in April, but protesters have remained outside the army headquarters calling on the generals to cede power to a transitional authority.

Near the demonstration site, a witness living in the Burri neighbourhood said he could "hear the sound of gunfire and I see a plume of smoke rising from the area of the sit-in."

Another resident of the area, in east Khartoum, said he had seen forces in "police uniform" trying to expel the demonstrators.

Britain's ambassador to Khartoum, Irfan Siddiq, said he had heard "heavy gunfire" from his residence.

No excuse for any such attack. This. Must. Stop.

The Alliance for Freedom and Change, the umbrella group of the protest movement, called for demonstrations nationwide.

The group urged "peaceful marches and rallies" and for barricades to be put up including in the capital.

Protesters had already set about building a brick barricade and had set tyres and tree trunks alight on Street 60 - one of the main streets in the capital.

The SPA had said on Saturday that it had reason to believe the military council was "planning and working to end the peaceful sit-in at the headquarters with excessive force and violence" after three people were killed in incidents on the fringes of the demonstration last week.

Negotiations between protest leaders and the ruling military council have broken down, as the two sides have failed to agree on whether a planned transitional body would be headed by a civilian or a military figure.

Other News on Sudan