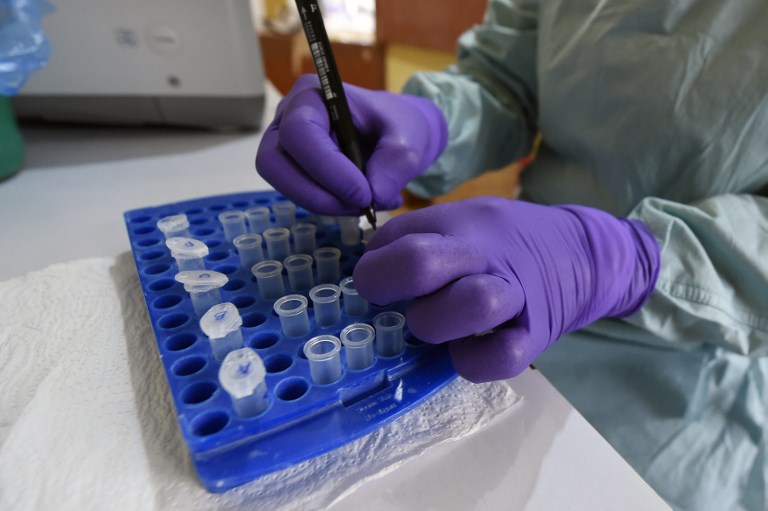 WASHINGTON - Scientists were a step closer to an effective treatment for Ebola after two drugs in a clinical trial were found to significantly boost survival rates, the US health authority co-funding the research said Monday.

The study began last November in the Democratic Republic of Congo, but its current phase has been halted and all future patients switched over to the treatments that have shown positive results, the US National Institutes of Health (NIH) said in a statement.

REGN-EB3 and mAb114 "are the first drugs that, in a scientifically sound study, have clearly shown a significant diminution in mortality for people with Ebola virus disease," Anthony Fauci, director of the NIH's National Institute of Allergy and Infectious Diseases, told AFP.

Patients who were receiving two other drugs that are being discontinued, Zmapp and remdesivir, will now have the option at the discretion of their treating physician to receive the treatments that have been shown to work.

Fauci explained that the trial was designed to include 725 people, but was halted by an independent board when it had enrolled 681 people because at that point, one of the drugs, REGN-EB3 by Regeneron, reached a critical threshold in success, while mAb114 was not far behind.

Data has so far been analyzed for 499 people from the cohort of 681.

In this group, mortality dropped to 29 percent with REGN-EB3 and with mAb114 it fell to 34 percent, said Fauci -- compared to a rate of between 60 and 67 percent in the general population when the disease is not treated by a drug.

The rates for Zmapp and remdesivir were 49 percent and 53 percent respectively.

REGN-EB3, mAb114 and Zmapp are monoclonal antibodies that bind to glycoprotein on the Ebola virus and neutralize its ability to infect other cells.

Fauci added that the final analysis of the data, including the patients not yet processed, would occur in late September or early October, after which the complete results would be submitted for publication in peer-reviewed medical literature.

The NIH, Democratic Republic of Congo health authorities and the World Health Organization hailed the "extraordinary team of individuals who have worked under extremely difficult conditions to carry out this study," as well as the patients and their families.

Jeremy Farrar, director of Britain's Wellcome Trust research charity, said the development would "undoubtedly save lives," adding: "Thanks to this trial, we are starting to understand which treatments to offer to patients in this and future outbreaks."

More than 1,800 people have died in eastern Democratic Republic of Congo since Ebola broke out there in August last year.

The virus is transmitted to people from wild animals, then spreads among humans through direct contact with the blood or other secretions of infected people or with surfaces contaminated with their fluids, according to the World Health Organization.

The latest trial demonstrates "you can dramatically diminish the mortality," said Fauci, "but getting rid of the Ebola virus becomes a (case of) prevention, of how you could prevent this from spreading."

"The best way to end the outbreak is with a good vaccine, as well as to do good contact tracing, isolation, and then, ultimately, treatment."

Other News on Ebola Outbreak