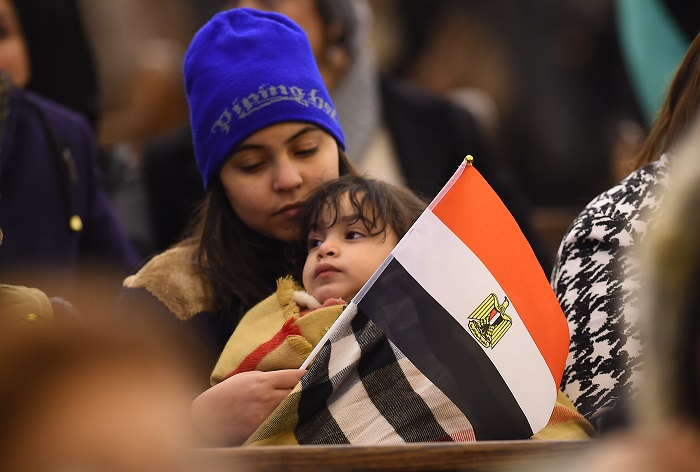 CAIRO - Nesma Ghanem is hoping for a fourth child even though her doctor says her body can't handle a pregnancy at the moment. She has three daughters and would like them to have a brother.

"In the future he could support his father and the girls," said Ghanem, who lives in a village in Sohag, an area with one of Egypt's highest fertility rates.

The family depends on her husband's income from a local cafe. "If I have a son people, here in the village can say that he will carry on his father's name," she said.

As Egypt's population heads towards 100 million, the government is trying to change the minds of people like Ghanem.

"Two Is Enough" is the government's first family-planning campaign aiming to challenge the traditions of large families in rural Egypt. But Ghanem's wish to have a son shows how hard that could be.

Egypt's population is growing by 2.6 million a year, a high rate for a country where water and jobs are scarce and schools and hospitals overcrowded.

"We are faced with scarcity in water resources ... scarcity in jobs, job creation, and we need to really control this population growth so that people can feel the benefits of development," Minister of Social Solidarity Ghada Wali told Reuters.

Decades ago, Egypt had a family-planning programme, supported by the United States. The fertility rate fell from 5.6 children per woman in 1976 to 3.0 in 2008 while the use of contraceptives went up from 18.8 percent to 60.3 percent. Large amounts of contraceptives were made available and advertisements increased demand for birth control.

Support for family planning from the Egyptian government and large sums from donors helped make the programme successful, said Duff Gillespie, who directed USAID's population office from 1986 to 1993.