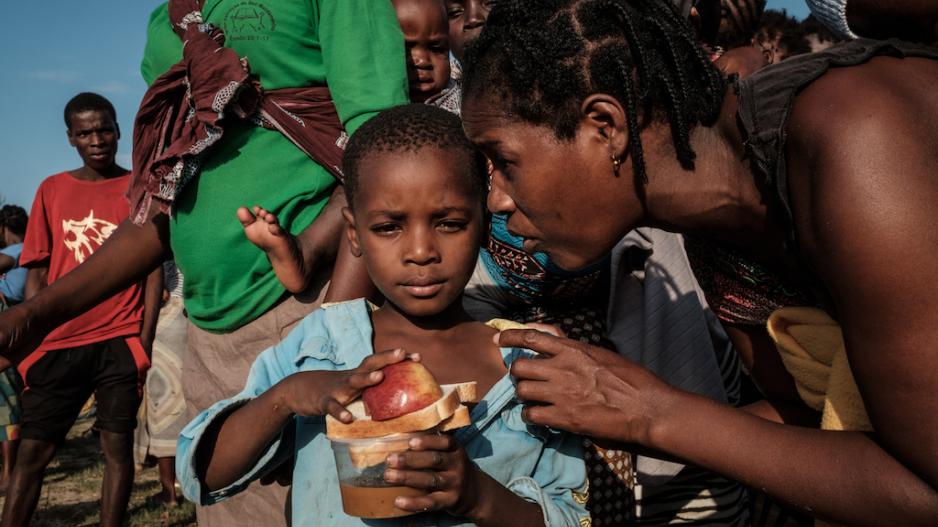 Southern Africa is grappling with one of the worst droughts in decades after months of erratic rainfall and record-high temperatures.

Zambia Red Cross warned the drought had left an estimated 2.3 million people facing "severe food insecurity", up from 1.7 million a month ago.

"The successive mixture of drought and flooding has been catastrophic for many communities," said Zambia Red Cross head Kaitano Chungu in a statement.

While rainfall hit a record low in southern and western Zambia, flash floods and waterlogging occurred in the north and east of the country.

The Red Cross said that combination resulted in "poor harvests", with families in the worst-affected areas surviving on wild fruit and roots -- posing a serious risk to their health.

"In most of the affected areas there isn't enough drinking water, which means that people and animals—both livestock and wildlife—are having to use the same water points," said Chungu.

"This is unacceptable as it exposes people to diseases and creates a heightened risk of animal attacks," he added.

More than five million rural Zimbabweans -- nearly a third of the population -- could face food shortages before the next harvest in 2020, according to the United Nations.