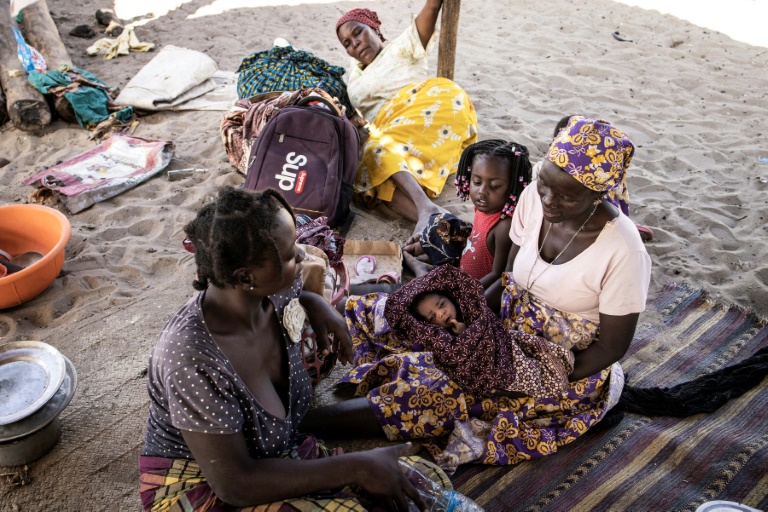 Before the attack on Palma, locals believed the town was well defended

Relieved to be now safe in Pemba, the capital city of northern Cabo Delgado province, the 21-year-old mother sat under a makeshift shelter at Paquitequete beach, holding her four-day-old daughter, loosely wrapped with a burgundy floral fabric.

After eight days on a fishing boat, she spent the next three on the beach before being moved to a transit centre at a municipal stadium. 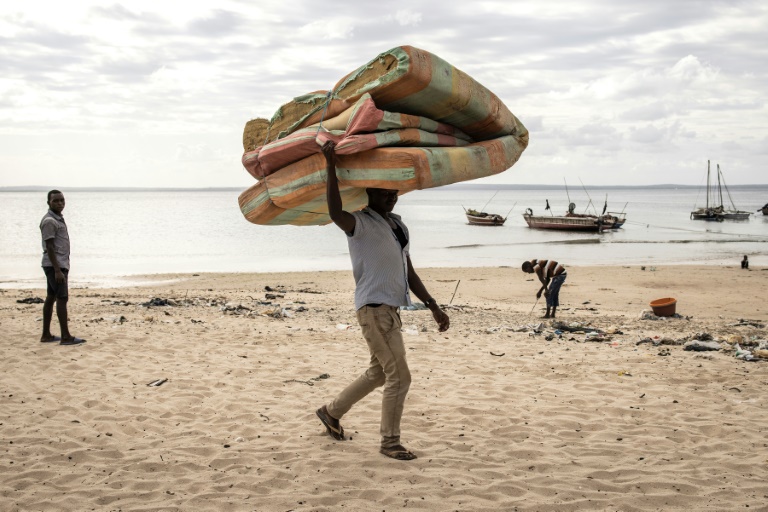 Most people who fled Palma by boat landed at Pemba

Seven months pregnant at the time, Francisco was home when IS-linked militants struck Palma what locals believed was an impenetrable town, replete with soldiers protecting a multi-billion-dollar gas project.

When the sound of gunfire started reverberating late that afternoon people didn't suspect it could be Al-Shabab, the local term for insurgents, she said.

By time they realised what was happening, the militants had already entered the town and surrounding villages. People started fleeing.

"I knew that if I didn't run I would be caught," she told AFP speaking in Swahili, one of the common languages in northern Mozambique near the border with Tanzania.

Between running, walking and hiding in the forests, the following 11 days were hellish.

Over the next few days, several hundred people were airlifted by humanitarian agencies or ferried by private companies vessels. But most were left to fend for themselves at Quitunda, a safe village near the heavily guarded gas plant.

The scramble to escape Quitunda still rages on. Private fishing boats charge the equivalent of between $50 and $80 per trip to Pemba -- a cripplingly steep fare for the country's most impoverished region.

Sailing with her father, mother-in-law and four-year-old son, Francisco went into labour, was midwifed by fellow passengers and Eliseth was born on 17 May. 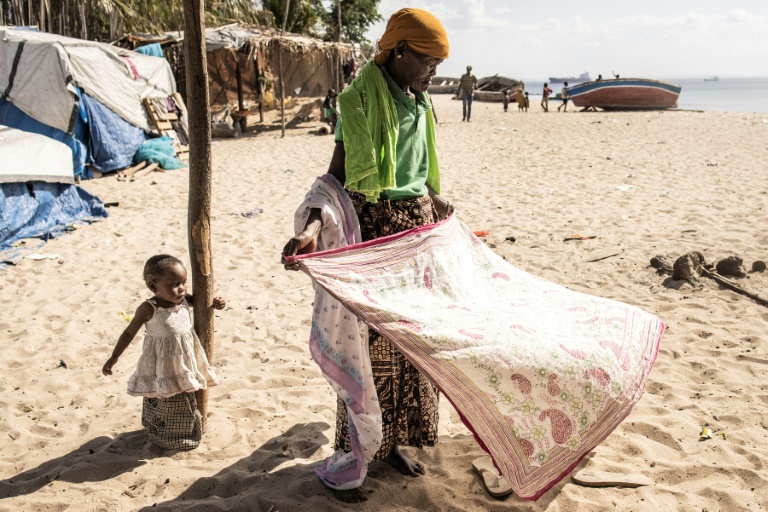 The displaced arriving in Pemba speak of many people who want to leave Quitunda. Aid agencies estimate there are around 20,000 people there.

A man stepped off the boat, a bundle of clothes tied in a cotton sheet delicately balanced on his head while his hands held two plastic jerrycans and a thermos flask.

Armed police were at hand, vetting the new arrivals and thoroughly sifting through their luggage to check for any weapons before releasing them.

Wearing a pair of ripped jeans and a black jacket, 50-year-old Sumail Mussa fiddled with his mobile phone trying to call relatives he hoped could take him and his wife and child, but has no credit left.

"Life is bad there, so we left," said Mussa.

Back at the stadium, there are 279 people, but the numbers vary from day to day with fresh arrivals and others leaving.

Less than week after giving birth, Francisco is still convalescing. She walks slowly with a slight gait, drawing water, washing and drying her laundry on the grass outside the stadium. 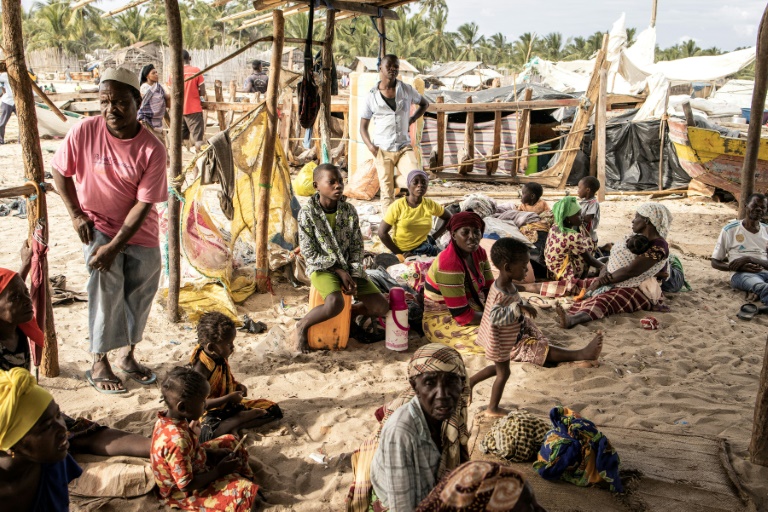 "I'm in pain, I'm suffering because I don't have any family member (to help me)," she said, adding that her mother-in-law and father were immediately hospitalised on arrival. Her husband works in Maputo.

She has no idea where her mother, two sisters and a brother are.

"I don't know if they are alive or not," she said, anxiously checking her mobile phone from time-to-time. "I have no news from Palma."

Large swathes of northern Mozambique have for the past three years been the target of jihadist attacks that have killed more than 2,800 people and uprooted around 700,000 civilians from their homes.

The latest bout of violence on Palma district, has displaced nearly 57,000 over the past eight weeks, according to the UN agency International Organization for Migration.

The government says dozens were killed in the March attack and days later said it had regained control of the area. But no media have been allowed into the town since two military-organised trips in March.

Anger at the government's tackling of the insurgency is palpable. 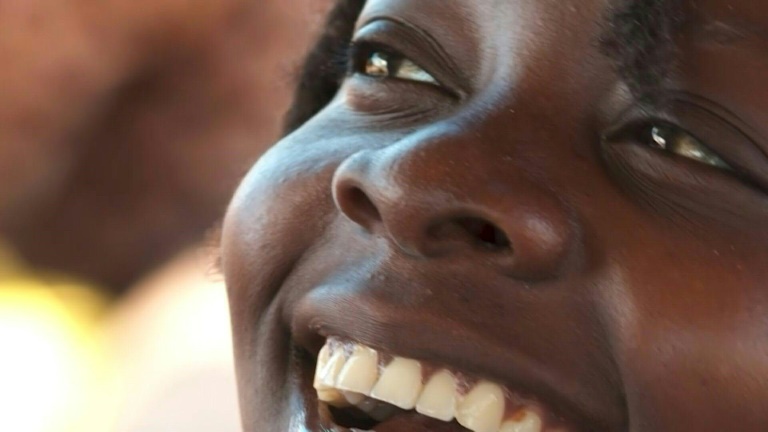 Julia Francisco, 21, gave birth during a harrowing eight-day trip on a fishing boat trip while fleeing the violence

"We are tired!" he said, seated with his wife next to graffitied stadium walls.

Southern African regional leaders are due to meet later this week to discuss how to tackle the violence amid speculation they will push for the deployment of 3,000 troops.