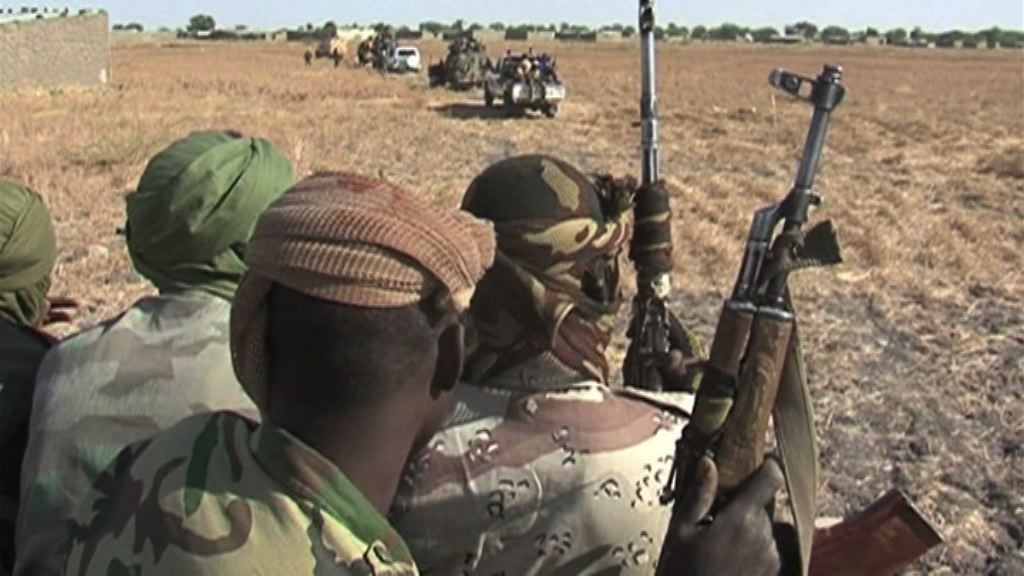 The twin gun and suicide attacks happened early Saturday evening at Gulumba village, in the Bama district of Borno state.

The use of human bombs is a hallmark of the Shekau faction, which is known to operate in the area. Last month, Shekau released a video claiming attacks against troops in Gulumba.

"We lost two soldiers and two more were injured in the attack by the Shekau faction," said one military source.

"The terrorists came in nine gun trucks with a suicide bomber at about 5:50 pm and attacked the base."

A second source said the suicide bomber tried to infiltrate the base but was "neutralised" by troops. He also said two soldiers were killed and two others were injured.

"The terrorists faced stiff resistance and were forced to withdraw," he added.

Neither source wanted to be identified as they were not authorised to speak to the media.

Attacks by fighters loyal to Shekau have reduced considerably in recent months, which sources attribute to the firebrand leader's ill health.

Instead, the IS-backed Boko Haram faction Islamic State West Africa Province (ISWAP) has been blamed or claimed responsibility for a wave of attacks against the military since July.

ISWAP split from Shekau's faction in mid-2016 in protest at the latter's indiscriminate targeting of civilians and pledged to hit only "hard" military or government targets.

AFP has reported 22 other attacks on military bases since mid-July, including two last Thursday and Friday in the Rann and Bama areas of Borno.

Eight soldiers were killed in an attack on December 1 in the village of Buni Gari, in neighbouring Yobe state.

The attacks have increased pressure on President Muhammadu Buhari, who was elected in 2015 on a promise to defeat the Islamists and has repeatedly said they are virtually defeated.

Also on Saturday, three civilians were killed in fighting between troops and ISWAP in Jakana, 30 kilometres from the Borno state capital Maiduguri.

More than 27,000 people have been killed since 2009 and 1.8 million are still homeless. The fighting has triggered a humanitarian crisis in the wider Lake Chad region.