Two years on, 'Ramaphoria' is fading 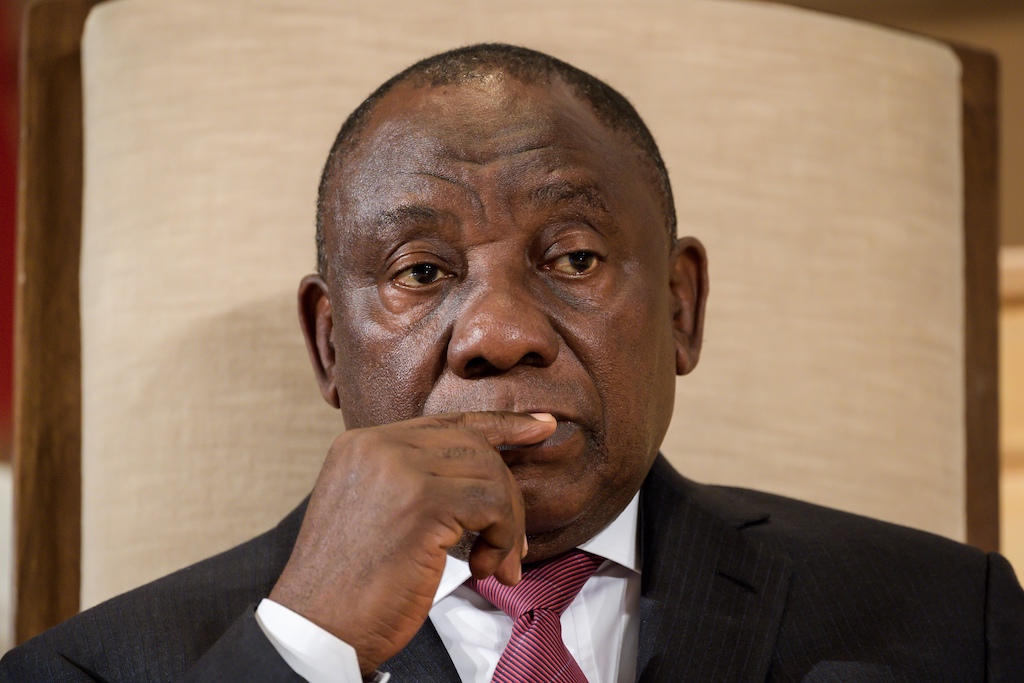 CAPE TOWN - When Cyril Ramaphosa took office as president two years ago, the media coined the term "Ramaphoria" to describe the giddy expectations he had stoked.

Those heady days now seem firmly in the past.

Ramaphosa has been praised for turning the page on the scandal-tainted era of his predecessor, Jacob Zuma.

But many South Africans are frustrated, disenchanted or angry that his rhetoric of a "new dawn" in a country bedevilled by joblessness, inequality and crime has fallen so far short.

"We have all been disappointed... at the performance of the president over the past two years," said Dawie Roodt, chief economist at the consultancy firm Efficient Group.

"We are worse off because we are poorer than two years ago in terms of per capita GDP," he said.

"But we do not have the same levels of incompetence and corruption that we experienced under Zuma."

Ramaphosa was a trade union leader who played a key role in the apartheid struggle.

After it, he became a hugely wealthy businessman but kept his political contacts bright, and at one point was seen as being groomed to succeed Nelson Mandela.

Instead he became vice president, a largely low-profile role that he held until he landed the top job in February 2018.

That came after an internal wrangle in the ruling ANC saw Zuma, stained by years of corruption allegations, forced to resign.

Fifteen months later, Ramaphosa won a popular mandate in elections where the ANC suffered its worst result since apartheid was overturned a quarter of a century earlier.

The party's electoral support dropped below the psychologically significant mark of 60 percent, falling to 57.5-percent.

The slump reflects the failure of Ramaphosa's reform plans to deliver the jobs and sunnier life that he promised.

In short order, his presidency has had to battle escalating electricity outages, rising unemployment - now at 29.1 percent and the highest in 11 years - and a national airline struggling to stay afloat.

"It is quite clear that he is facing a much bigger challenge... than had been expected," said Nedbank economist Isaac Matshego.

Sifiso Skenjana, chief economist at a management consulting firm, IQ Business, said Ramaphosa was having to navigate the "political complexity" of a divided ANC.

"He has tended to try to be inclusive and as a result he has come under a lot of criticism for having some level of indecision."

The head of the opposition Democratic Alliance, John Steenhuisen, acidly described Ramaphosa as "stuck in his own quicksand of warring factions and crippling indecisiveness. The incapable head of an incapable state".

Julius Malema, leader of the firebrand opposition the Economic Freedom Fighters, asked: "What is that Cyril has done since we removed Zuma... except him becoming president?"

"Ramaphosa is certainly not a disaster but he is really a disappointment," said Roodt.

"He is a weak president," he said.

"His personality is not a very strong leader because he doesnt take decisions, he is always waiting for somebody to tell him what to do."

Ramaphosa will make a state-of-the-nation address on Thursday in which he is likely to admit to the country's problems but also emphasise the positive.

"We believe we have laid a very good foundation and a basis for our country to move forward," he said last week when asked to rate his performance.

He urged the need "to look forward so that we are not beaten down by the moment that we are in."

Expectations that Thursday's speech will deliver more of the same have met with scorn in some quarters.

"Why should we waste more time on listening to Ramaphosa's empty promises on Thursday when it is clear that things in SA are only getting worse?" asked Johannesburg's former mayor Herman Mashaba.

"Cyril Ramaphosa is 100 percent better than Jacob Zuma because he is not corrupt, is educated, and is skilled," said a Johannesburg entrepreneur, Rowan Williams, 37.

"He has also said quite a lot about creating a business-friendly environment in South Africa, to attract investment and create jobs. These are steps in the right direction."

"I voted for him last year and I still love him because he is honest," said a woman who sold sweets at a street corner in Johannesburg's opulent suburb of Rosebank.

"While my life has not improved over the last two years, I still feel he is a better president than the one we had before."