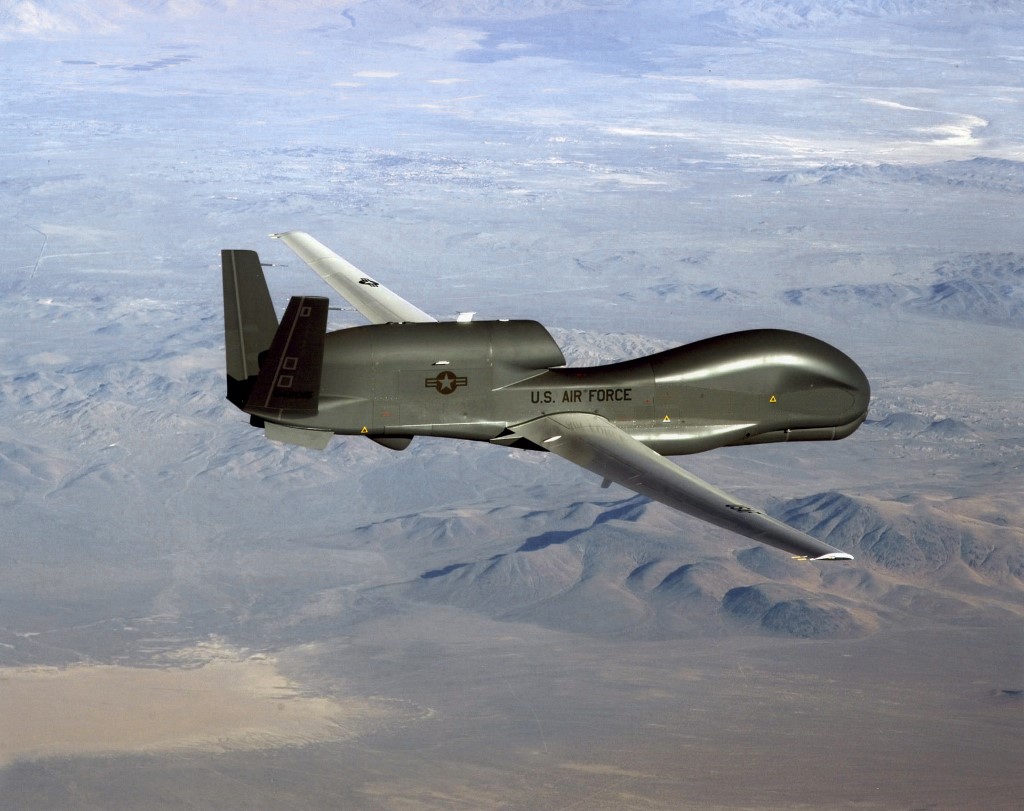 This undated US Air Force file photo released on June 20, 2019 shows a photo of a RQ-4 Global Hawk unmanned surveillance and reconnaissance aircraft.

"Tensions in the Gulf can only be addressed politically," Anwar Gargash, UAE minister of state for foreign affairs, wrote on Twitter.

He said the crisis in the Gulf region "requires collective attention, primarily to de-escalate and to find political solutions through dialogue and negotiations."

Tehran on Thursday shot down a US surveillance drone which it said entered Iranian airspace, a claim denied by Washington which said the aircraft was above international waters.

Iran's foreign ministry on Saturday summoned the charge d'affaires of the UAE, from where it said the drone was launched, to protest Abu Dhabi's decision to "put its installations at the disposal of foreign forces for aggression."

The United States launched cyber attacks against Iranian missile control systems and a spy network in retaliation for the drone incident, according to US media reports Saturday.

Tehran is yet to react to the reports published by The Washington Post and Yahoo News.

US President Donald Trump said Friday he had called off strikes against Iran at the last minute, as such an attack would not have been a "proportionate" response.