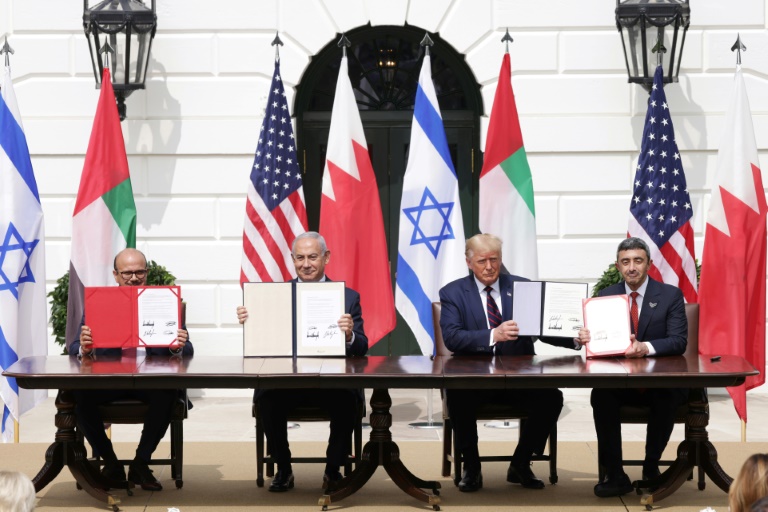 DUBAI - The United Arab Emirates marks one year since normalising ties with Israel on Wednesday, a move which drew Palestinian anger but that leaders hope could reap a trillion dollars in economic exchanges.

Watched by then US president Donald Trump, the UAE and Gulf neighbour Bahrain formally recognised Israel on September 15, 2020, in Washington, prompting Palestinian accusations of a "stab in the back".

The surprise step, under the US-brokered Abraham Accords, broke with decades of Arab consensus that ruled out formal ties while the Palestinian conflict was unresolved.

However, it marked a thaw in the region, with Morocco and Sudan soon following suit and regional power Saudi Arabia, the world's top oil producer, allowing some overflights from the Jewish state.

The economic benefits have come quickly for the UAE and Israel, which signed a series of deals ranging from tourism to aviation and financial services.

Israeli Foreign Minister Yair Lapid made a landmark visit to the UAE in July, opening an embassy in Abu Dhabi and a consulate in Dubai, while the UAE established an embassy in Tel Aviv. 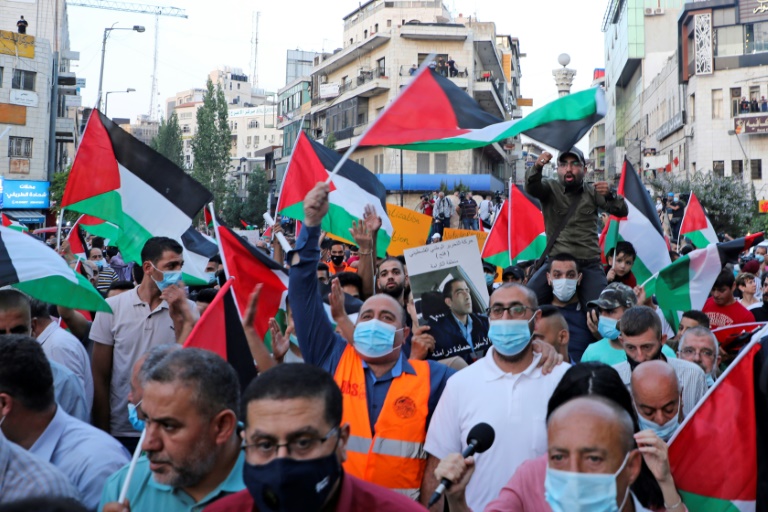 "After a year of the Abraham Accords, we have a story to say," UAE Minister of Economy Abdulla bin Touq Al Marri told a panel discussion by the Atlantic Council, a US think-tank, on Monday.

"We exchanged ambassadors, we have signed over 60 MOUs (memorandums of understanding). We have 600-700 million of bilateral trade happening, we have funds of billions of dollars that has been announced.

"We're looking to create over a trillion dollars of economic activity over the next decade."

Further benefits will come if a major deal to ship Emirati oil to Europe via an Israeli pipeline clears objections from environmentalists, who fear damage to unique coral reefs in the Red Sea.

Beyond economics, the rapprochement was also pushed by mutual concern over Iran, with the regional rivalry even pushing Riyadh into quietly building relations with the Jewish state over the past several years.

Online criticism of Israel is frequent in both the UAE and Bahrain but open dissent over the normalisation is rare, likely to avoid angering authorities.

Even when Israeli air strikes levelled buildings during an 11-day conflict with Hamas in May, triggering an upswell of outrage, the relationship continued unhindered.

"All the Arab world was a bit preoccupied with what was happening in Gaza and with the pictures coming out," Ilan Sztulman Starosta, head of the Israeli consulate in Dubai, told AFP in an interview.

"But still they didn't change the policy because the peace with Israel is a national interest for the Emirati government, and the same from the Israeli government. 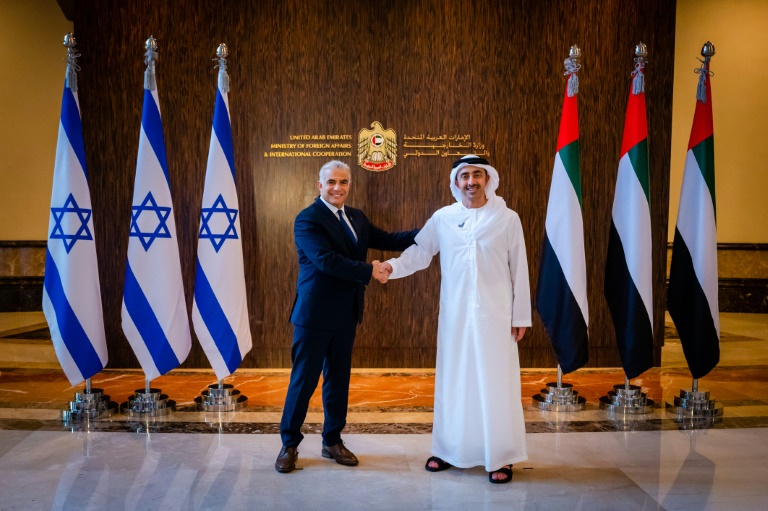 "For us, it's really strategic."

Sztulman Starosta said about 200,000 Israelis had visited the UAE over the past year, despite Covid, and an estimated 40 companies from his country had set up in the Gulf state's free-trade zones.

The Emirates now has its first students enrolled in Israeli universities, added Sztulman Starosta, who is hoping the Abraham Accords can inspire further ties around the region.

"If we managed to make this peace work, and it is working, for the better of Israeli and Emirati citizens, then this model can be applied to other countries in the area.

"And that's how we're going to change the paradigm that Jews and Muslims can live and have normal relations and fruitful and enjoyable (collaborations)."