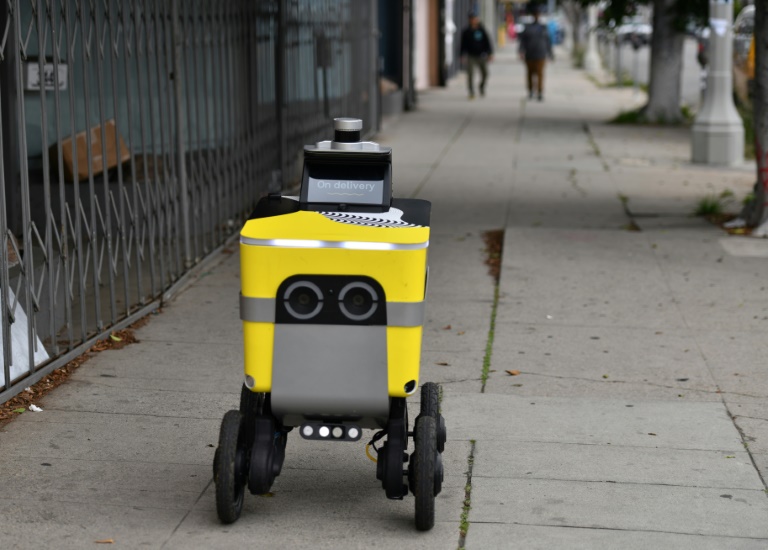 A statement from Serve said it had an unspecificed amount of seed funding from venture capital firm Neo with participation by Uber and other investors.

Serve Robotics "will continue spearheading the development of a new form of mobility by creating autonomous robots to deliver goods in urban environments," a statement from the new company said.

"Its fleet has already proven its viability by serving thousands of households in Los Angeles and has been especially useful during the pandemic by providing customers with contactless delivery."

The move comes with Uber narrowing its focus on ride-hailing and meal delivery, while spinning off or selling non-core operations such as its e-bike division.

Serve meanwhile enters a crowded market for robotic delivery which has gained traction in recent years.

"While self-driving cars remove the driver, robotic delivery eliminates the car itself and makes deliveries sustainable and accessible to all," said Ali Kashani, co-founder and chief executive of Serve Robotics.

"Over the next two decades, new mobility robots will enter every aspect of our lives -- first moving food, then everything else."

According to Serve, nearly half of all restaurant deliveries in the US are within a 40-minute walk, offering opportunities for robotic delivery.

Uber last year announced plans to buy Postmates for $2.65-billion in stock, in a move shaking up the sector which has seen surging growth during the coronavirus pandemic.