UEFA chief hits out at 'greediness, narcissism' of clubs over Super League plans 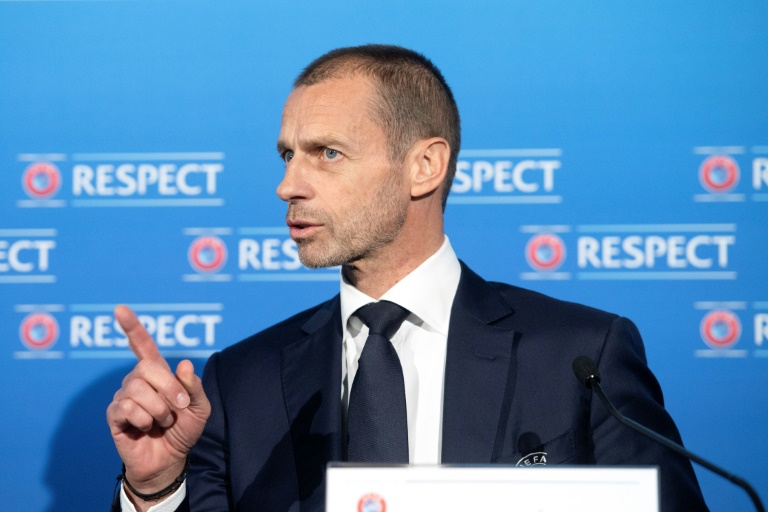 "I've seen many things in my life. I've been a criminal lawyer for 20 years but I've never seen people like that," said the Slovenian as UEFA responded to the news that 12 leading European clubs, including Juve and United, had decided to launch a rival competition to threaten the Champions League.

Juve chairman Agnelli had been involved in negotiations with European football's governing body over reforms of the Champions League in his roles both as European Club Association (ECA) chairman and as a member of UEFA's executive committee.

UEFA had in place a plan to expand the Champions League from 32 to 36 clubs, increasing the number of group games for each team from six to 10, largely to appease Agnelli and other top clubs' desire to play more games.

But on Sunday night Agnelli resigned from his roles with UEFA and the ECA, just before UEFA approved their new format and just as the Super League announcement was made.

"If I start with Ed Woodward, he called me last Thursday evening saying he's very satisfied with and fully supports the reforms and the only thing he wanted to talk about was FFP (Financial Fair Play), when obviously he had already signed something else," Ceferin said.

He added: "Andrea Agnelli is the biggest disappointment of all. I've never seen a person that would lie so many times, so persistently as he did. It's unbelievable.

"I spoke with him on Saturday afternoon and he said 'no worries, it's only rumours. I will call you in one hour'. Then he turned off the phone.

"Obviously greediness is so strong that all human values evaporate."

A statement released by those behind the new Super League indicated that the impact of the pandemic was behind the moves to finally go ahead with a project that had long been lurking in the background.

Ceferin, however, remarked that "this is not about Covid. It's about greediness, selfishness and narcissism, not less".

"I've many friends so football is not all corrupt. It's only a small part of it led by greed.

"They don't care about the game. Some owners of clubs don't look at the number of goals but the number on the accounts only."

He added that while Juventus were currently Italy's top side, that had not always been the case even in the recent past, while United's history has also been marked by more troubled times.

"These are so-called big clubs. It is clear that the big clubs of today were not always big clubs. Juventus were in Serie B, Manchester United before Alex Ferguson was I don't know where," he said.