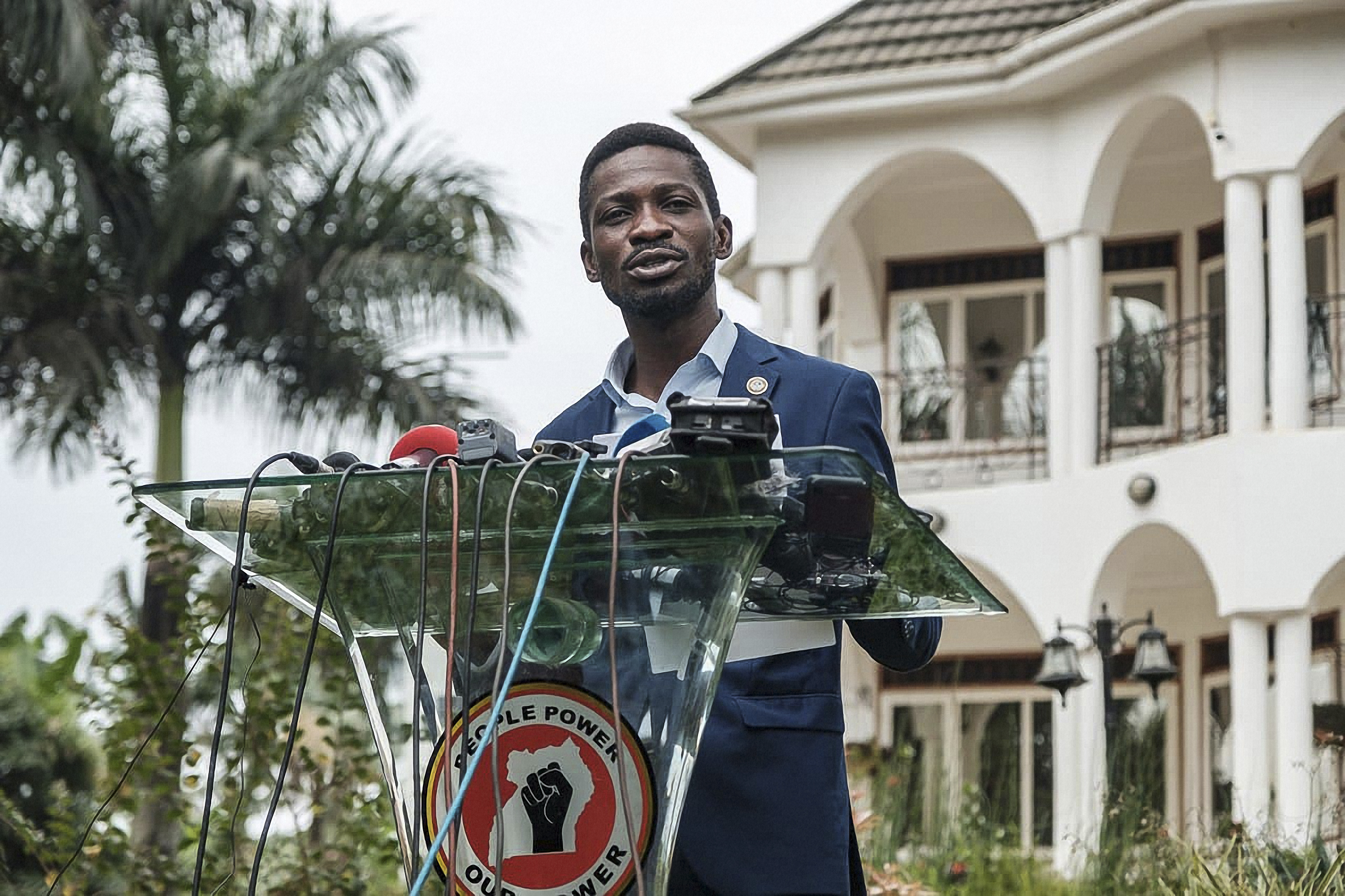 UGANDA - Ugandan soldiers stood down their positions around the residence of opposition leader Bobi Wine on Tuesday, a day after a court ordered an end to the confinement of the presidential runner-up.

Wine, a popstar-turned-MP whose real name is Robert Kyagulanyi, had been under de-facto house arrest at his home outside the capital Kampala since he returned from voting in January 14's election.

For 11 days heavily armed soldiers and police officers surrounding the property had prevented members of Wine's household, including his wife Barbie, from leaving their compound, as well as denying access to visitors.

But security forces withdrew from around Wine's house on Tuesday, allowing the opposition leader to convene with newly-elected MPs from his National Unity Platform (NUP) for the first time since the vote he says was rigged.

"I was put under illegal detention in my own house because General Museveni did not win," he said, referring to long-running President Yoweri Museveni.

"He is staging a coup against the will of the people of Uganda," Wine told MPs, supporters, party activists and reporters gathered on his lawn.

A police helicopter was seen hovering in the sky above Wine's home, while local law enforcement manned a single road checkpoint near his residence.

The High Court on Monday ruled in favour of a petition lodged by Wine's lawyers asking for his release, saying his "continued indefinite restriction and confinement" was unlawful.

The Ugandan government had argued that the restrictions on Wine's movements were "preventative" measures for his own protection and to prevent protests against the election result, which delivered Museveni a sixth term.

Wine has urged his supporters to reject the results as a sham, but has stopped short of calling for protests.

However he warned Museveni -- who has been in power uninterrupted since 1986 -- that other long-ruling African leaders like Egypt's Hosni Mubarak and Sudan's Omar al-Bashir had been ousted by popular uprisings for overstaying their welcome.

"We want Museveni out of office in less than a year," Wine said, without elaborating.

The run-up to Uganda's presidential and parliamentary vote was marred by the worst pre-election bloodshed in years, and a sustained crackdown on government critics and Museveni's rivals, most notably Wine.