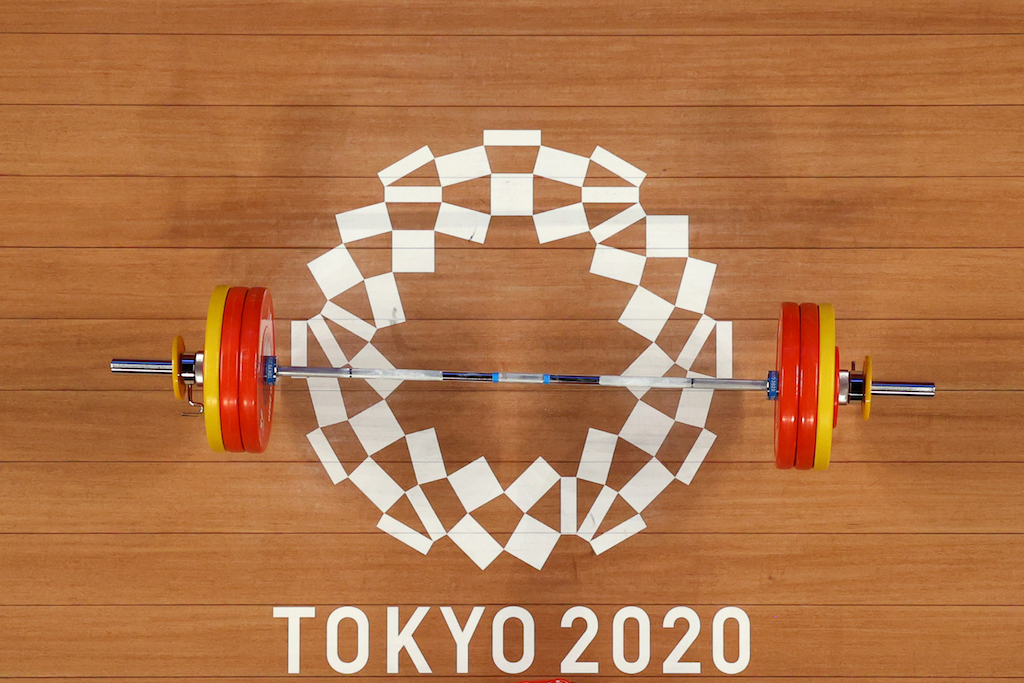 Weights are seen on the stage in the men's weightlifting competition during the Tokyo 2020 Olympic Games at the Tokyo International Forum. AFP/Chris Graythen

KAMPALA - A young Ugandan weightlifter who disappeared in Japan after failing to qualify for the Tokyo Olympics was charged with conspiracy to defraud, his lawyer said.

Julius Ssekitoleko vanished from an Olympic training camp after learning he did not meet standards to compete in the Games, making headlines around the world as Japanese officials scrambled to locate him.

The 20-year-old was found several days later and flown home to Uganda where government officials said he would undergo counselling.

But he was swiftly taken into police custody, and on Wednesday he was charged with "conspiracy to defraud" before being released on a police bond, his lawyer Anthony Wameli told AFP.

"He is happy that he has been freed after spending five days in detention which is an infringement on his rights," he added.

A spokesman for Uganda's criminal investigations department said Ssekitoleko may have conspired with a government official to be included on the team for Japan "well aware that he did not meet the qualifications".

"Investigations will confirm the depth of the conspiracy to defraud the government as he had been paid allowances at the time of his disappearance," the spokesman, Charles Twine, told AFP.

Ssekitoleko's family had issued appeals for his release, saying his rights were being violated.

"This is an innocent young man. He didn't want to hurt anyone. Why is he being treated like a criminal?" asked his mother Juliet Nalwadda, speaking to AFP earlier Wednesday.

Uganda's weightlifting federation said Ssekitoleko came from a poor family and had been training hard for his first Olympics.

After he went missing, a note was found in Ssekitoleko's hotel room in which he said he wanted to work in Japan and asked that his belongings be sent to his family in Uganda.

The Union of Uganda Sports Federations and Associations had also condemned Ssekitoleko's detention.

"He deserves sympathy, not harsh treatment" the head of the union, Moses Muhangi, told AFP.