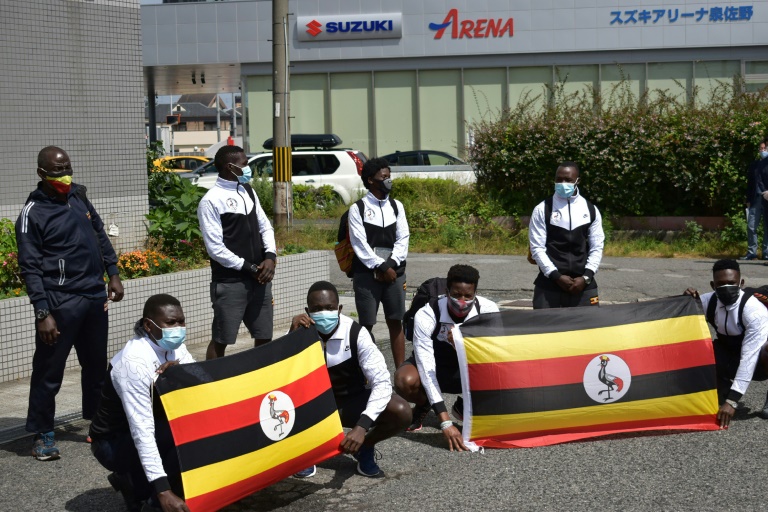 The nine-member Ugandan delegation including boxers, coaches and officials, arrived on Saturday just over a month before the pandemic-postponed Games. AFP/JiJi Press

TOKYO - Eight members of the Ugandan Olympic team have been quarantined in Japan until early July, a local official said Tuesday, after a coach tested positive for coronavirus on arrival last week.

The nine-member delegation including boxers, coaches and officials, arrived on Saturday just over a month before the pandemic-postponed Games.

But despite being vaccinated and testing negative before travel, a coach tested positive during screening at Tokyo's Narita airport.

The coach was isolated, and the rest of the squad was allowed to leave for their training base in Izumisano, southern Osaka.

"But our local healthcare centre questioned the eight members and designated them as close contacts with the person who tested positive," a city official told AFP.

"Now we are requiring them to stay inside the hotel until July 3," the official said, adding that the city was still looking into the possibility of allowing training outside the hotel.

The eight members have so far tested negative and are in good condition, the official said.

They have not left the hotel since arriving or had contact with others, he added.

But their flight was cancelled following a surge in COVID-19 cases in Uganda, local media said.

The coach was the first positive virus case among officials and other Olympic participants arriving in recent days, local media said.