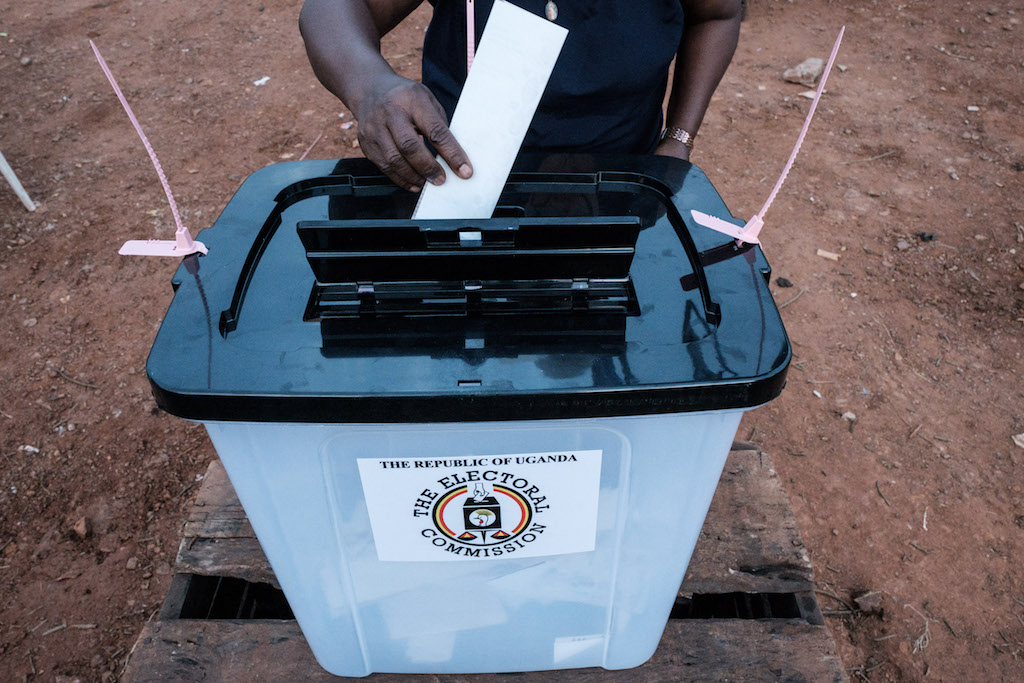 A voter casts a ballot at a polling station in Kampala, Uganda, on January 14, 2021.

KAMPALA - Uganda's opposition leader Bobi Wine said early Friday that the country's election had seen "widespread fraud and violence", but he remained positive as votes were counted under an internet blackout.

"Despite the widespread fraud and violence experienced across the country earlier today, the picture still looks good. Thank you Uganda for turning up and voting in record numbers," Wine tweeted shortly after midnight, managing to bypass the blockage.

The 38-year-old former popstar-turned-lawmaker did not give details about his accusations, which contradicted the government's account that Thursday's vote had been peaceful with no major cases of violence reported.

The internet remained down for a third day as vote counting continued in the country. Results are expected by Saturday afternoon.

President Yoweri Museveni is seeking a sixth term in office, and Wine is his main competitor among 11 opposition candidates.

The election took place after one of the most violent campaigns in years, with harassment and arrests of the opposition, attacks on the media and scores of deaths.