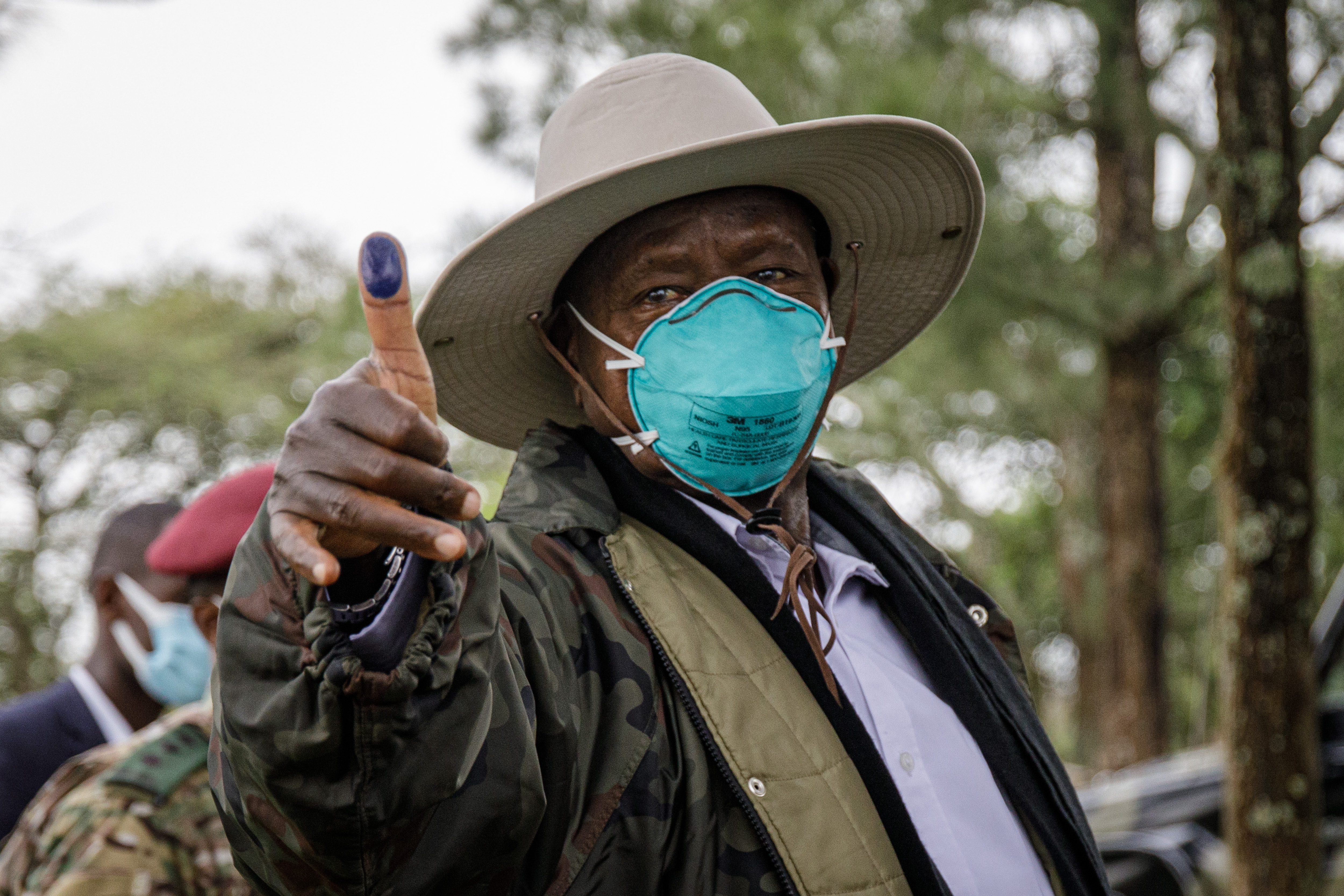 Ugandan President Yoweri Museveni shows his ink-marked thumb after casting his ballot at the Kaaroh high school polling station in Kiruhura, Uganda, on January 14 ,2021. Ugandans voted on January 14, 2021 under heavy security and an internet blackout in an election pitting veteran leader Yoweri Museveni against a former popstar after one of the bloodiest campaigns in years. Badru Katumba/AFP

KAMPALA - Ugandan President Yoweri Museveni has won a sixth term in office with 58.6 percent of the vote, in an election disputed by his main rival Bobi Wine who trailed with 34.8 percent, the electoral commission announced on Saturday.

He said turnout was 57.22 percent of the almost 18 million registered voters.

Byabakama urged the population to "remain calm and accept the outcome of these elections" while reminding those celebrating to be mindful of the COVID-19 pandemic.

Wine, a 38-year-old former pop star whose campaign galvanised a youthful population seeking change, has dismissed the election as a "complete sham".

The election took place after one of the most violent campaigns in years, with harassment and arrests of the opposition, attacks on the media and the deaths of at least 54 people.